The King of Sweden Awards Entrepreneur for His Human Rights Stand 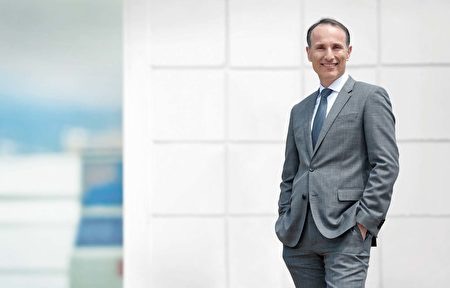 Vasilios Zoupounidis was born in Greece and moved to Sweden with his parents when he was 3 years old. In the process of growing up, both Eastern and Western philosophy inspired him. He found many similarities between the Eastern and Western cultures, and both Buddhism and Christianity are about inner kindness and share many commonalities. The commonality of both religions can be further validated by the many discoveries of Buddhist Srivatsa in the Acropolis of Athens, Greece.

At the age of five, Vasilios’s brother brought him a Chinese Kung Fu magazine that contained superb martial arts and eastern philosophy, of which the latter attracted him most.  He began to search for Kung Fu masters and learned martial arts as well as karate; however, deep inside him, he believed there were more profound things worth pursuing.

In the spring of 1998, Vasilios discovered Falun Dafa online. He felt that he had found access to the most essential and profound part of Chinese culture when he began practicing Falun Dafa. The practice is targeted at cultivating one’s mind and body. It made him understand the meaning of life and also changed his way of life.

Vasilios felt it was a true change and that it came from deep down. He began to read Zhuan Falun and all other Falun Dafa books. Within a short period of time, he had completed quite a number of Falun Dafa lectures. He said he persistently practiced the Falun Dafa exercises every morning, which left him energetic all day long, feeling relaxed and at peace in his mind. In this state, Vasilios could face any challenges at work.

In addition, he became more considerate toward others; his family became more harmonious; his allergy symptoms, back pain, and stomach problem were all gone; and he was able to cope with work despite a busy working schedule. As an entrepreneur and in any other field of his daily life, he would follow the characteristics of  Falun Dafa — to be sincere, kind, and tolerant toward people. Vasilios’s life was so deeply impacted by his new spiritual practice that he incorporated the qualities of “truthfulness, benevolence, and forbearance” into the corporate culture of his company.

Vasilios runs a telecom sales company and in the beginning, in 2003 when he started to build the company, he had to face all sorts of difficulties and the strong driving force came from his cultivation in Falun Dafa.

His company was eventually able to establish good telecom partnerships with many small and medium-sized companies in Sweden and has won the trust of its customers. Currently, he has opened six branches and his annual income has already exceeded US$10 million.

Way back in July 1999, the Chinese Communist Party (CCP) launched a persecution against Falun Dafa, at which time Vasilios had only been practicing for one year. After that time, he wanted to validate and share the message that Falun Dafa is good and expose the CCP’s slandering propaganda. He wanted others to know that Falun Dafa is good by sharing his personal experience. He noticed things would change for the better whenever he eliminated one of his attachments and if he was only able to change on a superficial level, the problem would not be resolved in the way he hoped.

On the morning of October 17, 2011, in the Swedish Palace, an award ceremony was held and Vasilios received the Entrepreneurship Award from King Carl XVI Gustaf. He was selected from thousands of entrepreneurs with an immigration background and he was recognized as the most successful one. Vasilios attributed his achievement to Falun Dafa. He said: “His Majesty, as well as all the juries, knew I was a Falun Dafa practitioner. I did what an entrepreneur could do, but more so I let the world know the truth about the CCP and its persecution against Falun Dafa practitioners.”

Vasilios believes that besides working hard, learning continuously, and building a team, the most important thing is to dare to face your true self, know the meaning of what you are doing, and never forget your original intention under any circumstances. He smiled and said to reporters: “I never put myself first. I live happily and during the time when I feel happy the most, it is in the moment when I have put in a lot of hard work and overcome difficulties.”