US General Lashes out Against Google for Assisting China 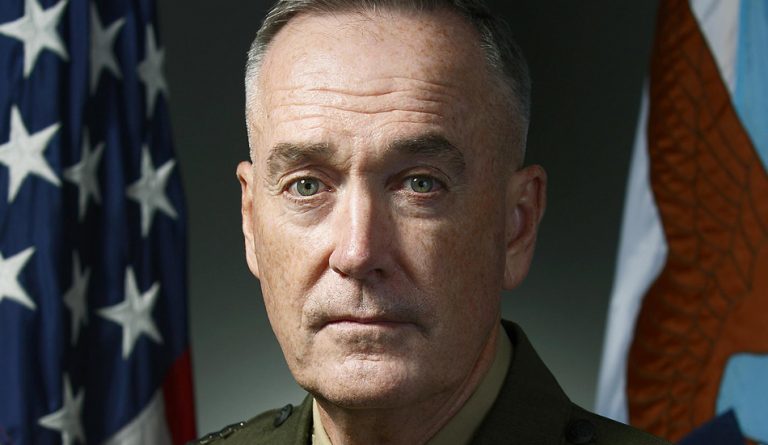 Chairman of the Joint Chiefs of Staff and one of the top generals in the country, Joseph Dunford has accused Google’s AI program in China of benefiting Beijing’s military. (Image: wikimedia / CC0 1.0)

Chairman of the Joint Chiefs of Staff and one of the top generals in the country, Joseph Dunford has accused Google’s AI program in China of benefiting Beijing’s military. The comments have set off a storm and Google executives are reportedly planning to meet the general to allay his fears. He was speaking at a recent budgetary hearing of the Senate Armed Services Committee.

“I’ve been very public on this issue as well; in fact, the way I described it to our industry partners is, ‘look we’re the good guys in the values that we represent and the system that we represent is the one that will allow and has allowed you to thrive,’ and that’s the way I’ve characterized it… We watch with great concern when industry partners work in China knowing there is that indirect benefit, and frankly ‘indirect’ may be not a full characterization of the way it really is. It’s more of a direct benefit to the Chinese military,” Dunford said in a statement (Gizmodo).

He pointed out that businesses operating in China usually require one of their employees to be someone from the Chinese Communist Party (CCP). This potentially allows the Chinese government to have access to the company’s intellectual property. Dunford believes that Google’s operations in China will eventually allow the CCP to take advantage of American technology to exert greater control over its citizens. He gave the example of the ongoing surveillance and repression of the Uyghur Muslim community in Xinjiang.

What makes Google’s China-based operations worse from an American security viewpoint is that the company has actually opted out from working on U.S. military contracts. By doing so, the company has essentially refused to help the armed forces that protect the country. Some have pointed this out to be a double-standard.

Acting Defense Secretary Patrick Shanahan has also admitted that Google has shown a “lack of willingness” in collaborating on DOD projects. Given the grave suspicions raised by top officials in the defense administration, it is no wonder Google has quickly set up a meeting with Dunford. After all, Google definitely does not want to create an “anti-America” image.

Meanwhile, Google’s scandalous Dragonfly project, which aimed to provide China with a censored search engine, is rumored to still be active. Media reports suggest that the company has been allocating part of its budget for the program and has a few employees tasked to work on the project. This has alarmed Internet activists.

“The lack of transparency around the development of Dragonfly is very disturbing. We continue to call on Google’s CEO Sundar Pichai to publicly confirm that it has dropped Dragonfly for good, not just ‘for now’… If Google is still developing Project Dragonfly, it’s not only failing on its human rights responsibilities but ignoring the hundreds of Google employees, 70+ human rights organisations and hundreds of thousands of campaign supporters around the world who have all called on the company to respect human rights and drop Dragonfly,” Anna Bacciarelli, AI and Big Data Researcher and Adviser at Amnesty Tech, said in a statement (Amnesty USA).

Dragonfly was expected to be operational by April. But due to the public uproar last year, Google was forced to withdraw the plan. Critics speculate that the company is waiting for the controversy to die down before it launches a censored search engine in communist China.