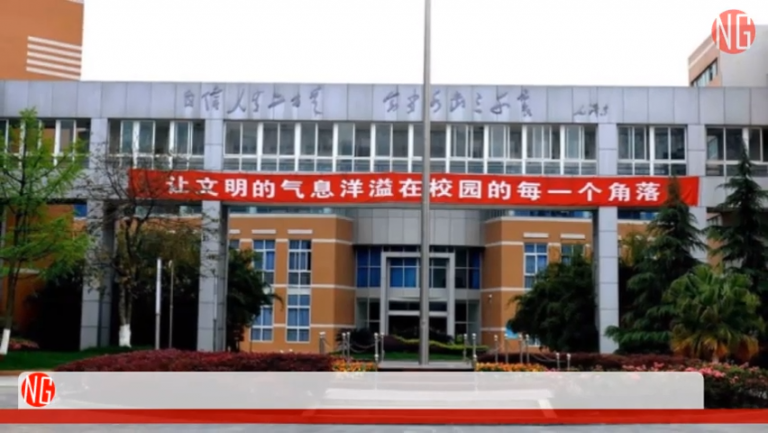 The Chengdu No. 7 Experimental High School in China is facing the wrath of parents after they discovered rotten food being served to their children. (Image: Screenshot via YouTube)

The Chengdu No. 7 Experimental High School in China is facing the wrath of parents after it was discovered that the food supplied to children from the canteen was rotten. The private school apparently costs almost 20 times the fees of a public school.

“[The items looked like they had] been in a freezer for years, [it looked] like zombie meat… I smelled the pork, it was stinky. [There was] ginger, which looked disgusting too… We don’t even let kids have leftover food at home… I spent tens of thousands of dollars and my kids are having pigwash there… I dare not tell my younger son… I’m worried he might not dare to eat canteen food after that. My daughter has been telling me she has a stomach-ache. I [told] her she might have just over exercised… It breaks my heart,” a father of two children who were enrolled at the school said to BBC.

The rotten food was first discovered by a group of parents who were attending a tree planting event at the school. While they were looking for the bathroom, a few of them stumbled into the school kitchen. To their horror, they saw stocks of rotting meat and moldy bread, realizing that this was the “food” being fed to their children.

The school initially tried to cover up the scandal by removing the rotten food in several vehicles. However, one parent managed to prevent a vehicle from leaving and called in the authorities. As more parents came to know about the rotten food, they started pouring in at the school campus, asking the officials to take strict action against the management. When protests got intense, police started using pepper spray on the parents.

“Some of them stopped passing cars and cut off traffic, which severely disturbed the normal social order… Police on site started quickly evacuating and persuading them to leave, but some tried to obstruct the police enforcement by hitting and cursing police,” authorities said in a statement (The Washington Post). Local authorities eventually calmed the parents by promising to punish the culprits responsible for the poor food standards.

In response to the incident, the government has issued a directive asking that head teachers of schools eat their lunch with the kids at the school canteen. Parents will be given greater power in deciding the purchase and preparation of food items as well as management of the canteen. Schools will also be required to keep samples of all meals they provide to children in the fridge for at least 48 hours.

While these steps were applauded by the public, many asked that schools ensure teachers and students are eating the same food from the canteen. “I heard from one of my relatives that at his kid’s school, teachers’ bowls are full of meat and fish, but there are only plain noodles in the students’ bowls. They are eating together, but eating different things,” one Chinese social media user said in a comment (South China Morning Post).

Meanwhile, the principal and an important staff member of Chengdu No. 7 Experimental High School have been sacked. The owner of the school and its legal representative were also being investigated. Authorities have asked the school to make changes to their board and bring in more responsible people in key positions.