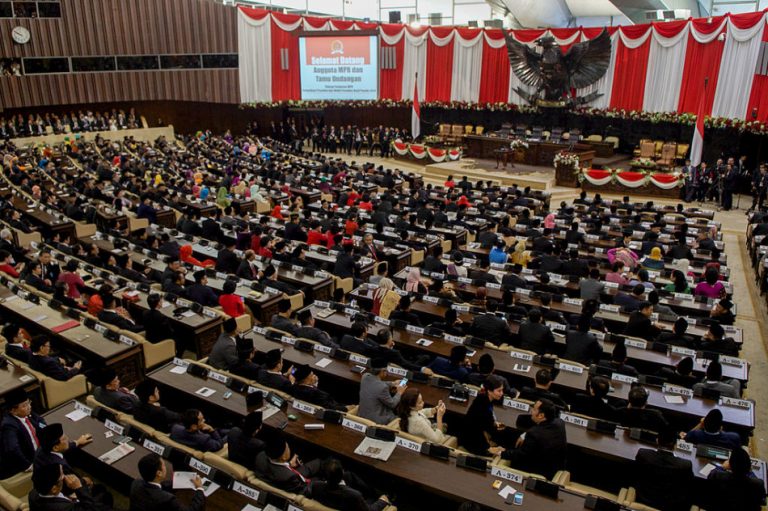 Indonesian elections start next month and the head of Indonesia’s General Elections Commission believes that hackers may be attempting to discredit the democratic election process. (Image: wikimedia / CC0 1.0)

Hackers from Russia and China are trying to meddle in Indonesian elections, according to Arief Budiman, the head of Indonesia’s General Elections Commission. Indonesian elections start next month and the official believes that the hackers may be attempting to discredit the democratic election process.

“They try to hack our system… Not only every day. Almost every hour… What we see now is some people, some parties, trying to create distrust of the KPU [the general elections commission], because it will lead to distrust of the process and result, and eventually trigger conflicts,” Budiman said in a statement (Bloomberg).

The attacks were aimed at modifying and manipulating contents of the voter database as well as creating fake voter identities, also known as “ghost voters.” The election commission is currently in the midst of investigating incidents of voter fraud. It has been alleged that almost 17.5 million names have been fraudulently added to the voter list. An investigation conducted last year unearthed close to 700,000 potential ghost voters in the database.

Budiman believes that certain powers are trying to create distrust in the election commission among the public, thereby discrediting the election system itself. This could eventually lead to widespread regional conflicts. To ensure that the elections are transparent and fair, the commission has invited several international observers to monitor the voting process. It has also met with representatives from social media websites like Google, Twitter, and Facebook and asked them to ensure that the platforms are not used to spread fake news.

Australia is another country that has been facing constant cyber attacks from outside forces. Last month, hackers tried to break into the parliament’s computer system that stored sensitive information like lawmakers’ email archives. Prime Minister Scott Morrison accused a “sophisticated state actor” as being responsible for the attack. Though no country was named, several people from the intelligence community suspect China to be behind the hack attempt.

“If it is China, then I think it’s important for the public to know that…. Discussions about Huawei and influence will be issues during the election, and letting the public know that the Chinese Communist Party was in our system is important knowledge,” Alex Joske, a researcher at the International Cyber Policy Center in Canberra, said to The New York Times.

US elections at risk

The 2020 U.S. Presidential election is also at risk of hacking attempts from countries like Russia and China, the Director of National Intelligence, Dan Coats, told the Senate Intelligence Committee in January this year.

“We assess that foreign actors will view the 2020 U.S. elections as an opportunity to advance their interests. We expect them to refine their capabilities and add new tactics as they learn from each other’s experiences and efforts in previous elections… Moscow may employ additional influence toolkits — such as spreading disinformation, conducting hack-and-leak operations, or manipulating data — in a more targeted fashion to influence U.S. policy, actions, and elections,” he said in a statement (CNN).

Chris Wray, FBI Director, has stated that Russia weaponized disinformation through social media during the 2018 election. U.S. intelligence agencies are reportedly working with social media companies to counter such propaganda campaigns and have already blocked a few such attempts by the Russians before they could become viral.