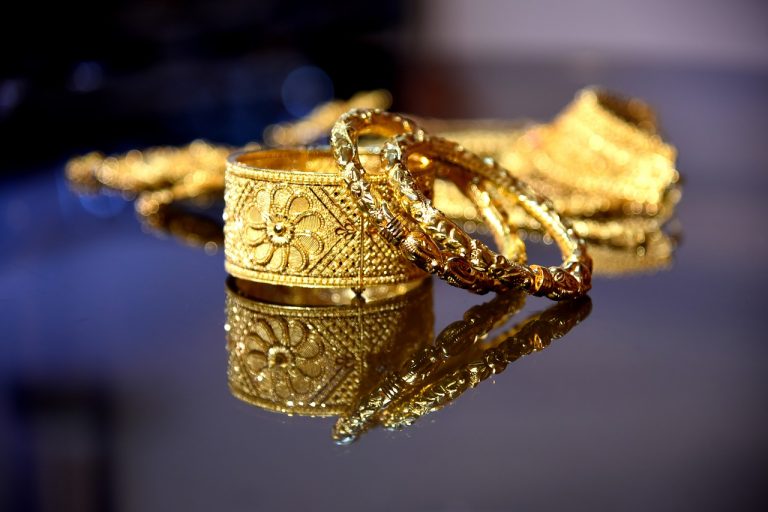 Bracelets are one of the most beloved fashion accessories for women. (Image: via Pixabay)

Bracelets are one of the most beloved fashion accessories for women. While many buy them as an ornament, the wealthy collect interesting pieces. Bracelets made from diamonds and jade are the ones that attract the most demand. The exquisite ones are usually sold off at very high prices.

“[It] is made up of a central row of alternating round brilliant-cut and marquise-cut diamonds, bounded on either side by a single row of spherical or near-spherical pearls. Free drop-shaped pearls alternating with free pear-shaped diamonds arise from either side of the two rows of pearls. The largest pearls and diamonds are situated around the middle of the bracelet, and the sizes decrease gradually towards both ends. Thus the bracelet is slightly broader at the middle than towards the ends,” according to Internet Stones.

The next most expensive diamond bracelet is the famous Wallis Simpson Onyx and Diamond Panther which sold for US$12.5 million. Its fame comes from the fact that the bracelet was given as a gift by the former King of England, Edward VIII during his marriage to Wallis Simpson. Their relationship was scandalous as Simpson was a two-time divorcée and the British government opposed their marriage. Left with no choice, the king abdicated the throne. “I have found it impossible… to discharge my duties as king as I would wish to do without the help and support of the woman I love,” he said in a public broadcast in 1936 (The Christian Science Monitor).

The bracelet was commissioned from Cartier in 1952 and features 545 pave-set diamonds and caliber-cut onyx stones. It also has two marquise-shaped emeralds for the panther’s eyes. The design of the bracelet was quite revolutionary for its time and is considered a marvel of jewelry engineering even today. When the bracelet is worn, the panther looks as if it is stalking its way around the wrist.

In 2010, Sotheby’s sold the bracelet for US$7 million even though a few stones were missing. David Bennett, head of Sotheby’s jewelry for Europe and the Middle East at that time, had called the entire Wallis collection the “most important jewelry collection” of the last century. Though the identity of the buyer was never revealed, rumors pointed to pop star Madonna.

Jade has always been considered a symbol of nobility in China. During the Tang Dynasty, Emperor Xuanzong commissioned a special jade bracelet for his muse.

Since the bangle was created as an oval shape rather than the regular circular shape so as to make the muse’s slender wrist look more beautiful, it was also called the “Gulfei” bangle. The item has been considered an exceptional ornament due to its vivid green color and shape. It was sold off by Sotheby’s in 2014 for a record price of US$5.2 million.

Barbara Hutton’s Jadeite Bangle is arguably the second most expensive one in the world and was sold for about US$908,000. The item was previously in possession of Barbara Hutton, who was born in 1912 and became the heiress to the Woolworth Department Store fortune. This specific jade bracelet is famed for its carved, circular design that gives the item a special elegance.