The Man Who Conquered His Disability to Swim and Win 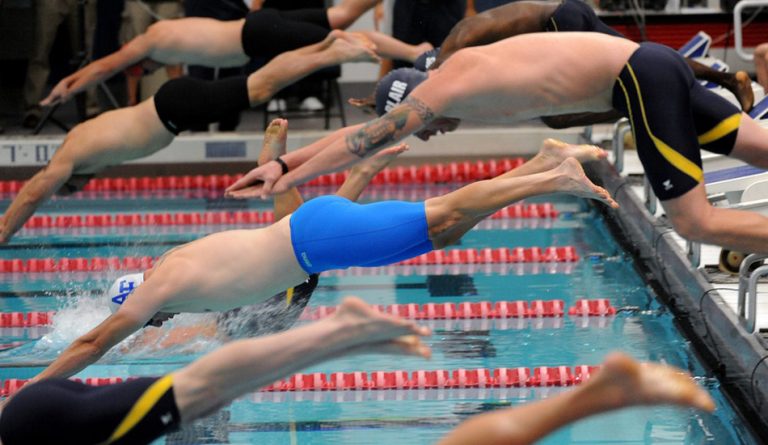 Living with disabilities can be tough. People look at you either with pity or mockery. You are constantly reminded how “different” you are, that too not in a good way. This can lead many people to choose a reclusive life. However, there are those who conquer their disabilities and show the world that such challenges can never stop them from achieving their dreams. Sharath Gayakwad from India is one such person.

Sharath was born with a congenital deformity in his left hand. As such, not many people in his life thought that he would end up being a sports superstar. Right from childhood, Sharath had shown an interest in football and cricket. However, it was swimming that later turned out to be his true calling.

When he was 9, Sharath’s school made it compulsory that he learn swimming. His parents were apprehensive and worried that their child would get caught up in a life-threatening scenario. However, the principal assured them that it was for the good of the child that he learns how to swim. Once Sharath started taking swimming classes, he discovered that he loved it. His swimming coach believed that Sharath had the skills to be a great swimmer and became his mentor.

In his first national event, Sharath got 4 gold medals. This encouraged him to embrace swimming as a career. In the 2014 Asian para-games conducted at Incheon, South Korea, Sharath created history by winning the most number of medals by an Indian in any multi-disciplinary event. He won six medals at the games. As of 2018, Sharath had gotten around 55 national medals and 39 international medals.

As to what he thinks of his disability, Sharath is not too concerned with it. “It is a part of me and I have accepted it and even found a way where it doesn’t matter anymore. Yes, I am at a disadvantage, but it doesn’t stop me from doing anything that I actually want to do,” he said in a statement (The Optimist Citizen).

In November 2014, Sharath co-founded the startup Gamatics in the city of Bengaluru. It was later incubated at NSRCEL, the startup incubator at IIM Bangalore, in 2015. The startup is basically a marketplace for high-performance sports gear. It also lists physiotherapist and nutritionists in the vicinity who can help athletes keep their body in prime condition.

Major Gopal Mitra is another disabled person who has been inspiring a lot of Indians of late. Gopal had joined the Indian Army in 1995 and played an active role in the 1999 Kargil conflict. During a search and rescue operation in 2000, Gopal lost his vision in an IED blast.

Unfazed by this setback, the Major went on to complete a Masters degree in social work from the Tata Institute of Social Sciences and an MSc in Development Management from London School of Economics. In February this year, it was revealed that Gopal was the first disabled Indian to be appointed at the UNICEF headquarters.

According to estimates, there are up to 220 million disabled youth worldwide. Gopal feels that governments across the world need to frame policies that would bring such people into the mainstream, where they won’t be treated with any prejudice. Not doing so would be a “huge loss of potential,” Gopal believes.