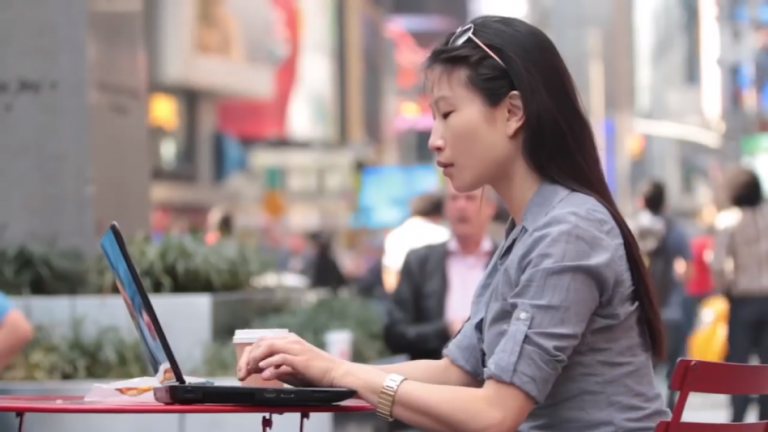 China has rapidly deployed 5G equipment throughout the country and is expected to widely roll out next-generation mobile Internet service sometime this year. (Image: Screenshot / YouTube)

China has rapidly deployed 5G equipment throughout the country and is expected to widely roll out next-generation mobile Internet service sometime this year. This would make China one of the first countries in the world where 5G services are made available on a large scale, putting it in a leadership position. Having an authoritarian government in complete control of a crucial technology is definitely worrying.

In the U.S., Verizon started offering its 5G services in four cities from October last year. However, this does not make America a leader in 5G technology. To be billed as a front-runner, it is essential that 5G be rolled out in almost all major cities. And in this aspect, China, unfortunately, has a lead.

According to an estimate by China Tower, it can cover the entire country with 5G networks in just three years once the government allocates the spectrum. Complete national coverage in China is expected by at least 2023. The U.S. might lag behind at achieving nationwide 5G coverage by at least a couple of years. To understand why this is dangerous, we need to look at the history of the current generation of mobile Internet, 4G.

Since the U.S. was the first country to make 4G available on a large scale to its people, American tech companies ended up developing 4G apps earlier than most nations. This helped consolidate U.S. leadership in mobile technology. In the same way, when China becomes the first country to make 5G service widely available, Chinese companies inevitably will be the first ones to develop a great variety of apps that use the technology. This first mover advantage could end up making Chinese tech firms the global leaders in 5G.

Plus, the fact that China will ensure that its 5G networks are implemented in countries that cooperate with its Belt and Road Initiative (BRI) means that its tech firms will have a bigger market to cater to than American companies. In fact, China could end up creating a 5G ecosystem that promotes applications and services developed by its tech companies while excluding U.S. businesses.

Given that Chinese companies are essentially obligated to cooperate with the government, this would mean that a totalitarian regime will essentially monitor and even regulate the vast amounts of information that flow through the world’s 5G networks. Not only would America end up losing global technological leadership, many countries could potentially move away from a democratic Internet to a heavily censored one. This is why China’s leadership position in 5G is a worrying trend.

In Europe, nations are split between wanting to quickly adopt 5G technology and preventing the Chinese government from having total control over their mobile communications networks. Many European leaders are worried that China’s rapid growth in 5G might put their own tech industries behind.

“The reason why European countries are so interested in implementing the technology is not the technology itself, but new applications, new services, and new products that can be developed based on this technology… And the greatest fear in Europe is that if 5G is delayed in Europe, it will be implemented in Asia and in China; and [the risk] is that Chinese technologies and Chinese industry will be years ahead of the European industry in the new money-making products,” Petri Krohn, a Finnish political analyst, said to Sputnik News.

Experts suggest that the implementation of 5G in the U.S. might not lag behind China since companies like Verizon, AT&T, Nokia, and Ericsson have the experience and scale to cover the entire nation with 5G networks as quickly as possible. Plus, the U.S. and Europe have an advantage that China does not — they still attract the best talent in the industry. Even if the 5G rollout may lag a few years, many believe that the talent and creativity of America’s tech workforce will easily allow the country to maintain its global leadership in mobile Internet technologies.