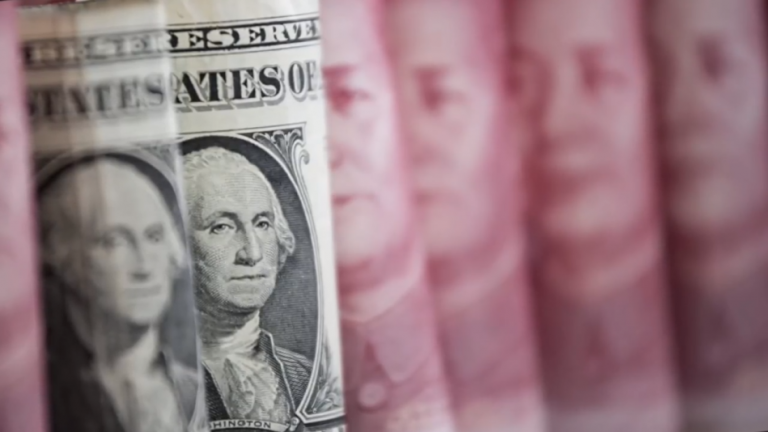 In a bid to end the trade war with America, China has passed a new foreign investment law that would address many of the U.S. concerns that triggered the conflict. (Image: Screenshot / YouTube)

In a bid to end the trade war with America, China has passed a new foreign investment law that would address many of the U.S.’s concerns that triggered the conflict. The law was passed with an overwhelming majority, with the National People’s Congress voting 2,929 in support of it. Only eight votes were cast against the proposed investment rules.

A big demand from the American side was ending the forced transfer of U.S. Intellectual Property (IP) to Chinese joint venture associates in order to gain market access. Beijing has made such demands illegal. Punitive damages will be charged on IP infringements to ensure that “violators have no place to hide.” However, critics point out that China has never actually admitted that forced technology transfers have taken place. As such, one needs to wait and see how strictly China will implement the laws.

“The government will introduce a series of matching regulations and directives to protect the rights and interests of foreign investors, such as on working mechanisms for handling complaints filed by foreign-invested enterprises… These will be the important things for the government to do in the following weeks and months to see that this law will be truly operable,” Premier Li Keqiang said in a statement (China Briefing).

At present, foreign companies are governed by three separate laws — the Sino-Foreign Contractual Joint Venture Law, the Sino-Foreign Equity Joint Venture Law, and the Law on Foreign-Capital Enterprises. Once the new investment law comes into effect, these three would be scrapped. Instead, foreign firms will be subject to the same laws as domestic businesses, namely the Chinese Partnership Enterprises Law and Chinese Company Law. This will allow foreign companies to receive the same benefits and treatment as local firms. However, the new law will likely force existing foreign enterprises to modify their operations.

“By requiring foreign businesses to comply with Chinese Company Law/Chinese Partnership Law, it is likely that U.S. companies will need to reexamine their existing joint venture agreements and consider the strong possibility that they will be required to renegotiate and enter into new contracts with their Chinese joint venture partners or to restructure their existing Wholly Foreign-Owned Enterprises (WFOE),” according to JDSUPRA.

Meanwhile, politicians and business leaders from the EU do not seem fully satisfied with China’s new foreign investment laws. “More than anything else, foreign companies want equal treatment and opportunities… While not all of our concerns were addressed in this law, it is time to move forward,” Mats Harborn, president of the European Union Chamber of Commerce in China, said in a statement (Yahoo News).

The European Chamber has raised a red flag on one of the laws that allows Beijing to engage in tit-for-tat retaliation against any country that discriminates against Chinese investment. The chamber feels that this could end up enabling political issues to affect the relationship between the state and the investor while giving the Chinese government the power to take unilateral action. A report by the European Commission also highlighted Beijing’s market barriers that favor domestic champions.

“European finance and online payment companies are denied access to the Chinese market, while Chinese counterparts dominate the domestic market. By contrast, those Chinese firms have been allowed to develop in the EU market. One example is Chinese payments provider UnionPay, which currently operates in the UK and Portugal,” according to The Epoch Times.

The new foreign investment law will come into effect on January 1, 2020. U.S. President Donald Trump and Chinese President Xi Jinping will be meeting in the coming weeks to finalize an agreement and end the trade conflict between both nations.