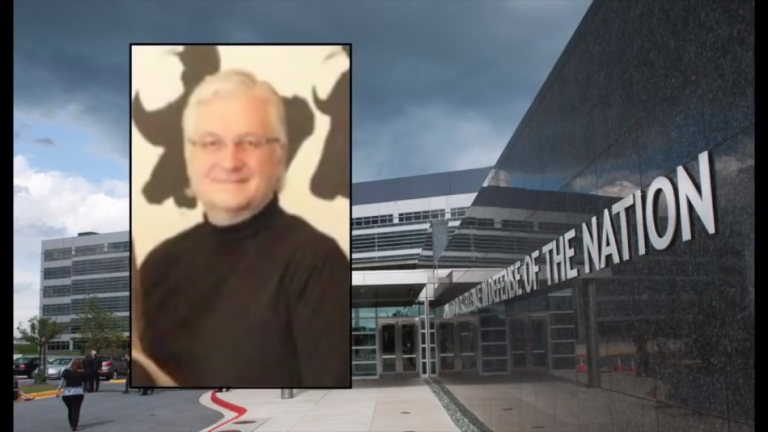 An American, Ron Rockwell Hansen, who previously worked as a case officer for the U.S. Defense Intelligence Agency, has pleaded guilty to charges of espionage. (Image: Screenshot / YouTube)

An American, Ron Rockwell Hansen, who previously worked as a case officer for the U.S. Defense Intelligence Agency, is in court for spying on the country for China. He has pleaded guilty to charges of espionage.

Spying for the communists

Chinese agents started courting Hansen in 2014. He was tasked with collecting information from an officer at the Defense Intelligence Agency between 2016 and 2018. As part of the job, Hansen actually trained the officer how to secretly record and send classified information. Little did Hansen know that the officer he trusted had actually reported him to authorities. As a result, the FBI started monitoring Hansen’s activities.

In June, Hansen collected a set of documents that apparently outlined the American military’s operation plan in China in case it was forced to intervene in the Asian country. Chinese agents were willing to pay up to US$200,000 for the documents. But just before he could fly out of the country, Hansen was arrested at the Seattle-Tacoma International Airport.

Hansen was charged with 15 counts of espionage, including attempts to collect and disseminate secret military information, smuggling goods, cash smuggling, and so on. He pleaded guilty on the first charge. A plea agreement will result in Hansen spending 15 years behind bars. His sentencing will be carried out on September 24 this year.

China is also spying on Israel to get access to U.S. secrets. Israeli intelligence has identified that Chinese hackers seemed to be very interested in companies that had relations with U.S. defense contractors. Israeli firms are working together with businesses like Lockheed Martin, Boeing, and Raytheon in several joint ventures, including the development of advanced missile defense systems and aircraft like the F-16 and F-35. China apparently sees Israel as a backdoor to America’s military secrets.

Plus, Chinese investment in Israeli companies is being closely watched by intelligence agencies. “The acquisition of Israeli companies and the knowledge generated through academic cooperation could enable China to gain crucial technologies, with insufficient returns for Israel… Chinese installation of and access to cameras, radio, fiber-optics, and cellular networks raise cybersecurity, data privacy, and espionage risks. Chinese involvement in commercial ports adjacent to Israeli naval bases raises security concerns for Israel and possibly the United States,” an executive summary of a study that looks into Chinese investments in Israel stated (Haaretz).

Beijing is reportedly targeting Israel Aerospace Industries, Elbit Systems, and Rafael for acquisition. All three firms have subsidiaries in the U.S. and are involved in manufacturing advanced weapons for Israel. The Chinese were also interested in buying a large chunk of land near Mossad headquarters for their new embassy. However, these plans have not met with success. Meanwhile, Chinese hacking attempts have been foiled by Israel’s domestic security service, Shin Bet, which is known to be one of the top counterintelligence agencies in the world.