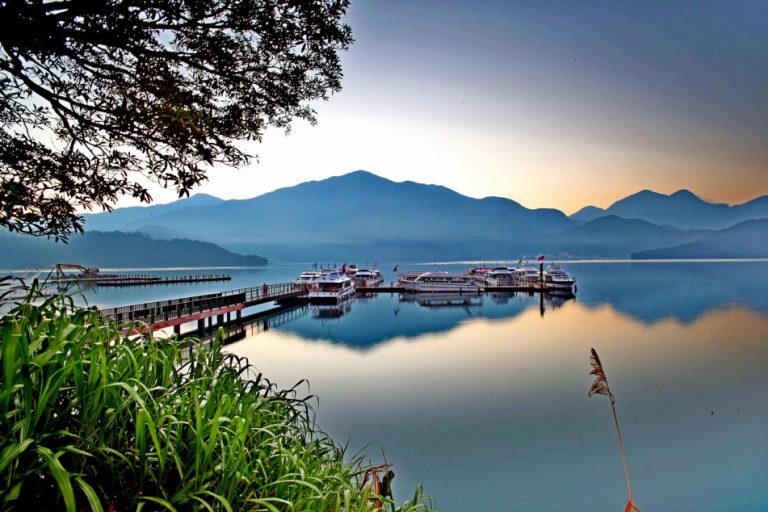 Taiwan’s aboriginal Thao people have an interesting story about how Sun Moon Lake got its name. (Image: Eddy Tsai via flickr CC BY-SA 2.0)

The following is a legend from Taiwan’s aboriginal Thao people about how Sun Moon Lake got its name.

Once there was a loving and hardworking couple named Dajiange and Shuishe. One day, when the couple was working in the field under the sun, the earth moved and the mountains shook, and the sky and earth became dark. The tribe’s people waited, but they did not see the sun, and their hearts were consumed by fear.

In the evening, the moon came out, and there was just enough moonlight for everyone to finish their work from the day. But the unfortunate happened again, and the moon also disappeared. Thus, everyone decided to have a meeting and discuss how to resolve this problem. Dajiange and Shuishe volunteered to find the sun and the moon for the tribe so that they could return to their normal lives.

Carrying simple food, they traveled for days and finally found the moon and the sun under a large pool of water. However, when they looked closer, it turned out that two colorful dragons were playing with the moon and the sun in the water. They stopped and looked at one another with concern because they did not know how to subdue these two dragons and recapture the sun and the moon.

Just as they became worried, an old man who had been captured by the dragons to perform their labors, told them to find a pair of golden scissors and a golden ax in Ali mountain, and with these, they could subdue the dragons. Of course, finding the treasures was no simple task. After listening to the old man, the couple rushed to Ali mountain with their shovels to dig into the ground, inch by inch. After a great deal of effort, they found the two treasures, returned to the pool, and killed the dragons.

Just as the couple was wondering how to return the sun and the moon to the sky, the old man appeared again. He congratulated them on eliminating the dangerous creatures and told them that they could become giants if they ate a dragon’s eye. Then, the moon and the sun could be put back into the sky. So each of them ate an eye from the dragons and became a giant. They then picked up the sun and moon and threw them upward. After several tries, they finally returned the sun and the moon to their original positions in the sky, and the heavens and the earth returned to normal.

From then on, the water pool where the sun and the moon had fallen was called “Sun Moon Lake.” There were two large mountains on both sides of the lake named Dajian-shan and Shuishe-shan — the incarnation of the husband and wife guarding Sun Moon Lake. To this day, the Thao people hold a “throwing the ball dance” every year at the lakeside to express their appreciation for the couple’s righteous act.

Translated by Yi Ming and edited by Derek Padula