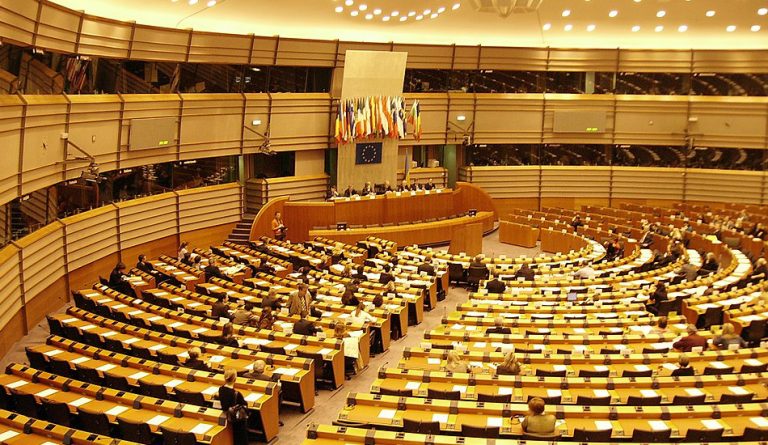 European Parliament has approved a controversial copyright law that will change the way content is posted and monitored online in the region. The legislation was passed with 384 votes in favor and 274 votes against. The law was approved despite strong protests by online websites, rights activists, and even founders of the Internet.

As per the new copyright law, if a user posts any content that was created by someone else, the website can be sued for compensation. As such, Internet companies will now have to shoulder the burden of ensuring that the content on their platform does not violate copyrights. News aggregators will be charged under the new law for displaying snippets of news. Google had already declared in January that it will have to pull out its new service from Europe should the copyright law be passed.

“Anyone developing a platform with EU users that involves sharing links or content faces great uncertainty… The ramifications include being unable to develop features that web users currently expect, and having to implement very expensive and inaccurate automated filtering,” Tal Niv, GitHub’s vice president of law and policy, said in a statement (CNET).

Supporters of the law say that the new rules are necessary to ensure fair compensation for thousands of creators whose content is usually used online without their approval. However, critics argue that the new law would end up creating a segregated Internet where different regions will implement different rules on how the Internet should be run.

For instance, someone living in China will have to accept a communist censored Internet, a person in Europe will only have access to the Internet where things like memes and link sharing will be minimal due to fear of copyright laws, while someone living in the U.S. may not have to worry about censorship or copyright fears hindering access to a completely open Internet.

“In its current state, the EU Copyright Directive would do just this — filtering EU users’ participation online, including on Reddit. At its heart, changes to the law (known as Article 13), would force us to proactively confirm that the OP (original poster) of any given post has the necessary copyright permissions to share it — something functionally impossible without installing automated content filters. Another part of the law, known as Article 11, would also force a change in how we process link posts, and could even impact discussions of specific news articles,” a Reddit spokesperson said in a statement (Irish Times).

Protests against the law

Before the law was passed, it faced huge opposition from the most important figures in the field of the Internet. Around 70 distinguished people, including the inventor of the World Wide Web, Tim Berners-Lee, and one of the “fathers of the Internet,” Vint Cerf, signed a letter addressed to the president of the European Parliament asking them to oppose the copyright law. The letter warned that the proposed laws might do substantial damage to the “free and open Internet as we know it.”

The possibility of copyright laws eventually leading to strict censorship was highlighted by several Internet rights activists. “Misplaced confidence in filtering technologies to make nuanced distinctions between copyright violations and legitimate uses of protected material would escalate the risk of error and censorship,” David Kaye, the UN special rapporteur on freedom of expression, said in a statement (The Washington Post).

A number of websites like Wikipedia, Reddit, Twitch, and so on engaged in blackouts and campaigns to protest against the EU copyright law. The law will now go for approval at the Council of the European Union. Once it gets passed, member states will have two years to implement the new rules.