5G Doomsday: The Time of Man Is Coming to an End 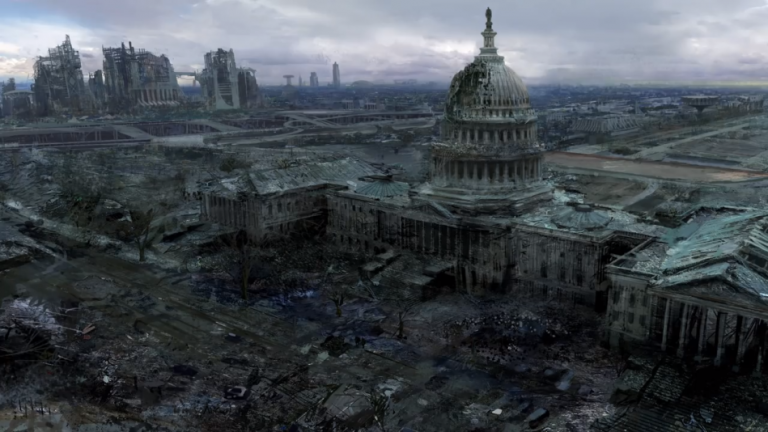 Countries across the world are planning to deploy 5G networks over the coming years, but 5G has a potential downside that could usher in a massive human catastrophe. (Image: Screenshot / YouTube)

Countries across the world are planning to deploy 5G networks over the coming years in a bid to bring higher download speeds and new technologies to the public. But 5G has a potential downside to it that could usher in a massive human catastrophe — lower fertility rates and risk of depopulation.

In the past 50 years, fertility rates have dropped significantly in developed countries. One of the main reasons for the fertility crisis is said to be cell phone radiation. In a 2009 study, it was shown that radiation from cell phones led to oxidative stress in human semen. This means that the longer a guy keeps a phone in his jeans pocket, the more negatively impacted his fertility will be.

To understand why this could turn out to be catastrophic, one should keep in mind that there has been a 59 percent reduction in sperm counts in the Western world from 1973 to 2011. The U.S. Centers for Disease Control (CDC) even warned in 2017 that birth rates in America have fallen to an all-time low. If the trend persists, there will be a huge demographic decline in the West. This is where 5G comes in as the ultimate Doomsday Weapon.

5G promises faster speeds. But this speed can only be achieved through stronger frequencies. While mobile Internet technologies like 1G to 4G use a frequency of 1 to 5 gigahertz for transmitting signals, 5G will be using a frequency of 24 to 90 gigahertz. In addition to being 5 to 18 times more intense, 5G also requires more stations than 4G. It is estimated one 5G cell has to be installed every 820 feet for the network to function at high speeds.

This essentially means that people are going to be bombarded with much higher intensity mobile frequencies more frequently than ever before. “Putting in tens of millions of 5G antennae without a single biological test of safety has got to be about the stupidest idea anyone has had in the history of the world,” Martin L. Pall, Professor Emeritus of Biochemistry and Basic Medical Sciences at Washington State University, said in a statement (Waking Times).

With exposure to radiation from 1G to 4G already leading to a massive drop in sperm count, one can only imagine the carnage 5G radiation will unleash. Some predict that the race to quickly adopt 5G will actually push Western nations and countries like China into a social decline. Not only will the birth rates massively drop, but generations of men may be rendered infertile and economies will crash. This will trigger widespread unrest and people might slump into extended depression due to lack of babies, a healthy sexual life, and economic worries.

Fertility isn’t the only thing we have to worry about with 5G. A study that looked at the effects of 60 gigahertz waves concluded that more than 90 percent of the transmitted power is absorbed by the dermal and epidermal layers of the skin. We will be at risk of contracting several skin diseases from being exposed to 5G. Some people might even feel physical pain on their skin.

A 2016 Armenian research study on 5G waves showed that they dampened the growth of bacteria and changed the property as well as the activity of the cells. The scientists expressed concern that 5G might eventually do the same to human cells. It was also found that the bacterial resistance to antibiotics had been altered, possibly making them more immune. This could lead to a surge in superbugs.

5G is going to affect every living organism on Earth, from the smallest single-cell creatures to fish, birds, plants, insects, and humans. As such, greater 5G penetration is almost guaranteed to affect the entire environment in potentially destructive ways.