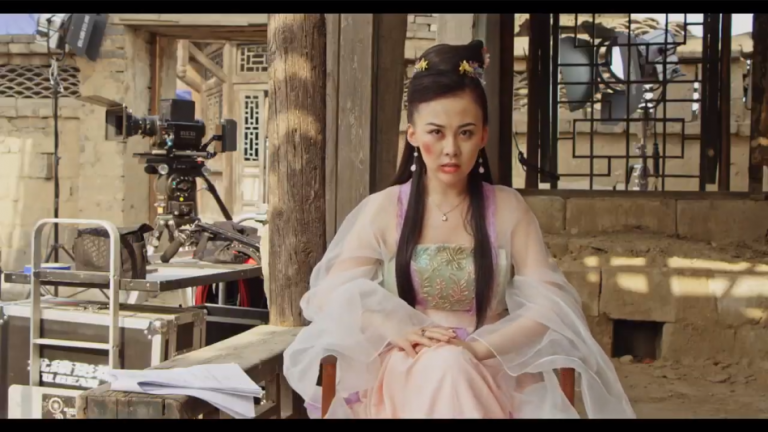 China has one of the most heavily censored movie industries in the world, thanks to the Chinese Communist Party (CCP). (Image: Screenshot via YouTube)

China has one of the most heavily censored movie industries in the world, thanks to the Chinese Communist Party (CCP). However, Beijing’s censoring of any content that violates the CCP’s ideologies means that Chinese movies do not get the same level of international appreciation that Hollywood movies do. After all, people go to movies to be exposed to great ideas, not to watch something that has been heavily edited to make an authoritarian government happy.

In 2014, Chinese President Xi Jinping announced that China needs to increase its soft power to communicate the country’s message to the world in a “better” way. This essentially meant censoring depictions of religious repression, political persecution, etc. from movies. Instead, themes that portray China being a “strong” and “just” nation would be promoted.

But there is a problem with China’s plan to develop soft power through movies — the Hollywood and the European film industry do not censor their filmmakers. The CCP’s strict censorship essentially kills any original creativity that exists in Chinese filmmakers. “French film, Korean TV, and Japanese anime are all creative products that are the result of a creative environment and bottom-up processes… The irony is that China desperately wants international recognition,” Matthias Niedenfuhr, media specialist at the University of Tubingen’s China Center, said to CNN.

To escape government censors, many Chinese filmmakers turn to overseas funding and distribution, essentially avoiding the domestic market. However, with China’s growing influence, such tactics do not seem to be working anymore. Zhang Yimou’s movie One Second was pulled from the Berlin International Film Festival in February this year. While organizers claimed “technical reasons” for not showing the film, most people easily understood that Beijing had pressured Zhang to avoid the screening.

Experts from the film industry do not expect Chinese movies to be global phenomena like Hollywood movies unless Beijing removes their ridiculous censorship policies. For instance, government guidelines established in 2016 strongly discouraged the use of time travel in movies. If Hollywood were under such censorship, movies like Back to the Future wouldn’t have been made and American movies would never have become the cultural phenomena they are right now.

The Chinese government has stipulated some bizarre rules when it comes to making movies. The rules forbid the use of ghosts in terrifying ways in films. This is a big reason why China has not produced many horror movies like their Asian counterparts, Japan and South Korea. Whenever ghosts are used, they are depicted as spirits of some character or just a phantom. As long as the rule exists, one cannot expect movies like The Exorcist or The Ring to come out from China.

The depiction of blood in movie scenes is also curtailed. Though filmmakers can show blood on screen, it can’t be a close-up. Panoramic views of bloody scenes usually do get a pass. Movies that have a strong educational component get a thumbs-up from the censors, especially if the message is directed at youth.

Any film depicting a “Western lifestyle” excessively will also be censored, although there is no clear-cut definition as to what it actually entails. Male characters are not allowed to wear earrings. If they do, censorship rules require them to be blurred out. Last year, the government also asked state broadcasters to restrict the portrayal of tattoos and hip-hop.