Have Farmers in China Got It Right? 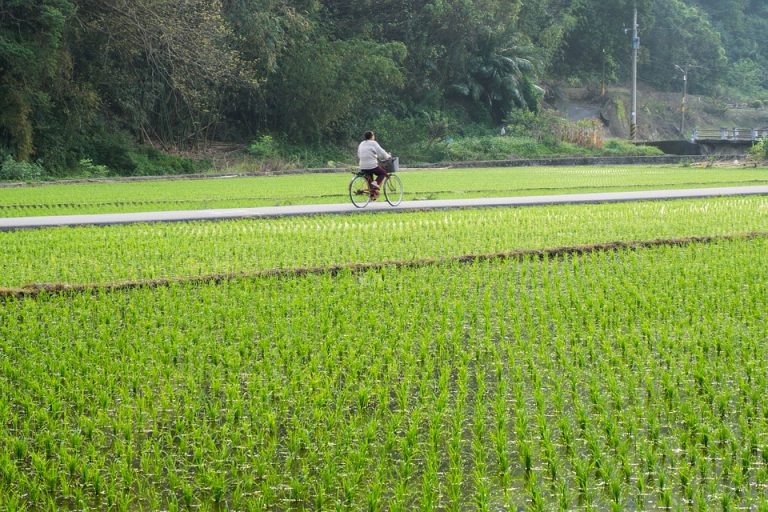 Expanding monoculture threatens valuable services from land, such as flood control, water purification, and climate stabilization. A new approach promises to protect these benefits, while improving biodiversity and human livelihoods in rural areas around the world. (Image: via pixabay / CC0 1.0)

A new strategy being rolled out in China suggests that farmers can do much more than harvest crops. The idea is that well-managed, diverse agricultural lands can provide flood control, water purification, and climate stabilization, among other valuable services.

A recent case study by researchers at Stanford, McGill University, and the Chinese Academy of Sciences provides a promising demonstration of this approach — farmers who took environmental concerns into account doubled their incomes and reduced reliance on a single harvest, while also gaining environmental benefits from the land.

The group said the approach could help farmers worldwide protect both the environment and their livelihoods. Gretchen Daily, co-founder and faculty director of the Stanford Natural Capital Project, said:

“Conventional thinking says that monoculture farming is the only way to feed the world, but today there is a lot of rethinking, as billions of people are exposed to heightened flood risk, water pollution, climate risk, and other serious vulnerabilities.”

Daily was senior author on a paper describing the results, published the week of April 1 in Proceedings of the National Academy of Sciences.

Working with government authorities, the researchers looked at how their proposed approach, called the “Ecological Development Strategy,” could work in Hainan Island, a rural, tropical region where expanding rubber plantations have driven extensive loss of natural forest and its vital benefits, such as soil retention and flood mitigation.

Although the economy grew due to the plantations, intensive monocropping practices increased sediment runoff and channeled agricultural chemicals into surface waters. Forest recreation and tourism disappeared. Flooding was exacerbated by the area’s loss of trees. The researchers looked at land use and land cover changes in Hainan Island over a 19-year period of steady rubber plantation growth.

Pairing that information with survey data from households, the team used the Natural Capital Project’s InVEST modeling software to understand how changes in land use management could have garnered different results in a natural forest or economic prosperity. Alongside the historical land data of almost two decades, the models helped researchers understand what could have happened if the land had never been developed for rubber plantations or if the plantations had been managed differently.

In particular, the researchers looked at one key land management change — a technique called intercropping that involves cultivating other valuable plants in the understory of a main crop. They found that rubber farmers who did this maintained the same production levels as monoculture plantations while significantly increasing soil retention, flood mitigation, and nutrient retention.

Perhaps most strikingly, farmers who took this approach doubled their incomes due to revenue from the additional crops. By diversifying their land, farmers also insured themselves against the risk of a single crop’s harvest failing or losing market value — key vulnerabilities of the monoculture system.

Central to the Chinese Ecological Development Strategy is a focus on targeted investments in nature. Identifying places like Hainan, where policy and management decisions can support both the economy and environment, is crucial to achieving the widespread impacts that China is looking for. According to the researchers, this study illustrates how regions can leverage natural resources to support economic growth without sacrificing ecosystem health or human well-being.

The challenges that Hainan rubber plantation farmers face in terms of relying on single crops are magnified at a global scale, where monocultures, such as soy, beef, and palm oil, drive the vast majority of the global food market. Global climate insecurity, water contamination, and species mass extinction are the result. The study’s authors emphasize that the science and practices exist to help drive a shift away from monoculture systems worldwide, and economic incentives await those who do. Daily said:

“There doesn’t necessarily need to be a trade-off.

“You can have high-value, high-yielding production that secures farmers’ livelihoods and supports the vital functioning of the natural ecosystem.”

Provided by: SARAH CAFASSO/Stanford University [Note: Materials may be edited for content and length.]