India Blows Up Satellite in Space, Sending Message to China 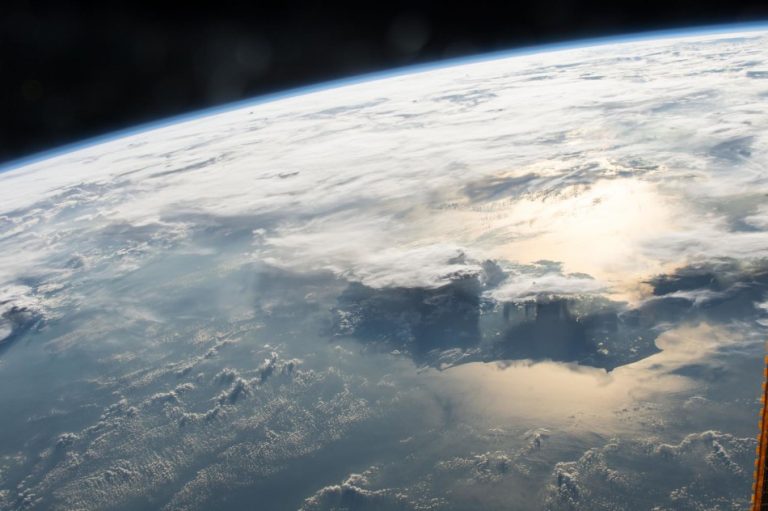 India has successfully tested an anti-satellite (ASAT) weapon by blowing up one of its satellites positioned 185 miles above the Earth. (Image:NASA)

India blows up satellite in space positioned 185 miles above the Earth in the successful test of an anti-satellite (ASAT) weapon. Security experts see the test as a warning to China regarding their military ambitions on the Indian subcontinent.

“India’s recent testing of its ASAT capability likely represents a feeling by other countries, specifically India in this case, that the weaponization of space is forthcoming, and India doesn’t want to be left out of the ‘have’ category if arms-control agreements are eventually reached,” Joan Johnson-Freese, professor of national security affairs at the Naval War College in Newport, Rhode Island, said to Space.

The test puts India in an elite league of nations like the U.S., Russia, and China as the only countries to have developed and possess anti-satellite weapons. Prime Minister Narendra Modi hailed the achievement as a significant step for his nation. India reportedly used a kinetic-kill ASAT for the test that produces a cloud of debris in space that will last for some time before disintegrating in Earth’s atmosphere.

The technology is almost similar to the anti-ballistic missile weapons America fired in an intercontinental missile defense test conducted on March 25. China successfully tested its ASAT capabilities in 2007. India’s ASAT test has riled up Beijing and made it realize that the country cannot be easily bullied like others in the neighborhood. China called for “tranquility in space” after India’s ASAT test.

“Essentially, India is saying that we are a strong and capable military power — it’s not specific to any one country, but it is a message to all of India’s adversaries… If somebody wants to do something to our satellites, we have the capability to do this to your satellites,” Ajey Lele, a senior fellow at the Ministry of Defence-funded Institute for Defence Studies and Analyses, said to Bloomberg.

Meanwhile, there are concerns about the space debris created through the test. Some say that the debris might be dangerous to other satellites and even the International Space Station. However, India has dismissed the claims and stated that all debris will burn up in Earth’s atmosphere within 45 days.

“The good thing is that it is low enough and over time this will all dissipate. You go back in time, 2007, (the) direct ascent anti-satellite test by the Chinese, a lot of the debris is still in the orbit,” Jim Bridenstine, NASA administrator, said in a statement (Indian Express).

Days after its anti-missile test, the Indian Space Research Organization (ISRO) launched a significant military asset into space — the Electro-Magnetic Intelligence Satellite (EMISAT). The satellite will enable India’s military to look for signals from enemy radar, even if it is installed aboard ships.

“What this allows us to do now is essentially know what kind of radar is at work on the other side, based on the spectrum, and we will be able to read the distance between the radar and our asset, too,” a scientist involved in the project said to The Times of India.

EMISAT was in development for over five years. It has been positioned at an orbit of 434 miles above Earth. The low orbit will allow EMISAT to better detect low power radar signals. Together with ASAT, EMISAT is yet another testimony to the fact that India is well on its way to becoming a global military power.