Chinese 5G Market to Be Bigger Than Europe and US Combined 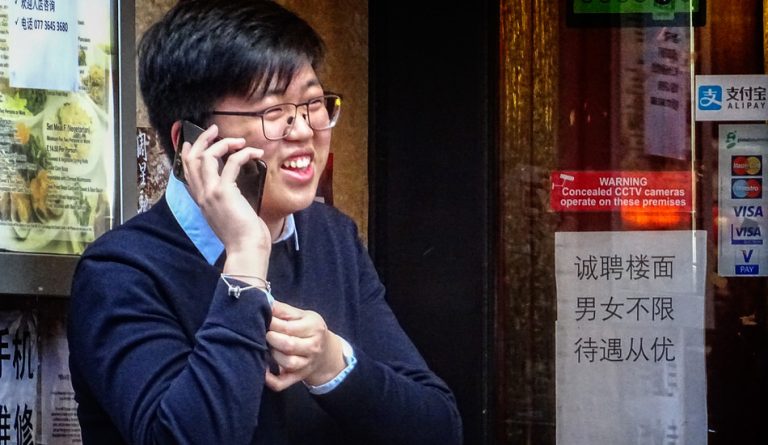 China is poised to be the biggest 5G market in the world by 2025 according to a report by the Global System for Mobile Communications Association (GSMA). The organization represents a consortium of over 750 mobile operators from around the world.

Almost 460 million Chinese citizens will be using 5G services by 2025. Europe’s 5G user base is expected to be around 205 million, while the U.S. is projected to have 187 million users. As such, China will have a higher number of 5G users than the United States and Europe combined. This will give the Asian nation a tremendous advantage in the development of 5G-based applications. GSMA foresees the Chinese industry playing a leading role in cutting edge technologies like remote surgery. In fact, a Chinese doctor recently completed the world’s first 5G enabled remote brain surgery. Chinese telecom companies have also planned large-scale investments in the near future.

“After spending billions over the last decade deploying 4G networks to all corners of the country, Chinese mobile operators are now set to invest a further US$58 billion over the next two years to prepare for and begin 5G rollouts, laying the groundwork for China to become one of the world’s leading 5G markets… China’s mobile industry has been a key driver of economic growth, inclusion, and modernization － creating a new generation of digital consumers and transforming industry and society,” Mats Granryd, director general of GSMA, said in a statement (China Daily).

Chinese mobile operators have a big incentive to quickly deploy 5G networks countrywide — the 2022 Winter Olympics and Paralympics. The Chinese communist government wants to project the country’s technological superiority and views the games as an opportunity to do so. 5G-enabled services that will be demonstrated during the games include virtual reality and facial recognition.

The three big mobile operators in the country — China Unicom, China Mobile, and China Telecom — are all rolling out 5G trial services in various cities and plan on fully commercializing the technology by 2020. The mobile communications sector accounted for US$770 billion of the Chinese economy in 2018. By 2023, the figure is expected to be somewhere around US$890 billion.

While China is poised to be the No. 1 5G market in the world, its neighbor India is not too far behind. As per Huawei’s estimates, India’s huge population will make the country the second biggest 5G market in about 10 years. The company is optimistic about participating in India’s 5G trials and eventually becoming a part of the countrywide rollout. However, the Indian administration is said to be wary about allowing Huawei to establish a 5G network in the country.

“We are aware that many of the manufacturers can somehow get into our system through back doors, but our relations with China could [position] Huawei as a threat… It is also expanding its network in Nepal and Pakistan with high influence in border areas. Its influence in Asia is also being analyzed and taken into consideration,” an anonymous source from the Indian Prime Minister’s Office said to Nikkei Asian Review.

At a recent telecom bid that saw the participation of Huawei and Qualcomm, Indian officials expressed their interest in working with Qualcomm even though the price quoted by the company was almost four times that of Huawei. The government seems to be prioritizing the security of its network over cost when selecting bidders, which would point to a not so bright future for Huawei in India.