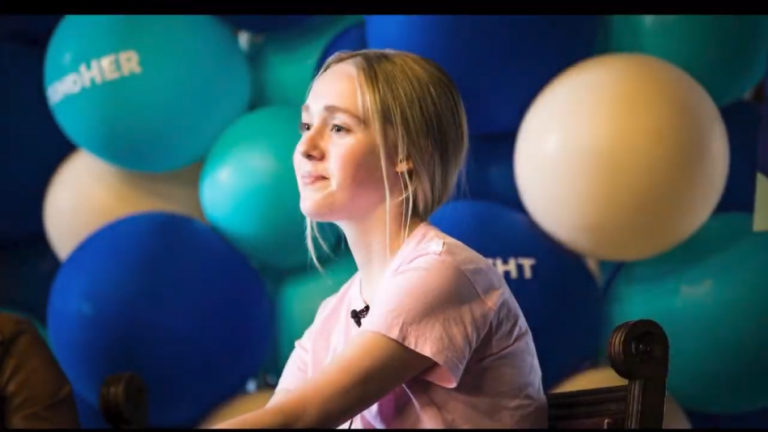 Imagine making thousands of dollars just for coming up with names for babies. That is exactly what 19-year-old Beau Jessup from Britain does. Owner of “Special Name,” a website that provides Chinese parents with English names for their kids, Jessup has named 677,900 babies and has earned more than US$400,000 so far from her business.

Jessup came up with her business idea by chance when she accompanied her dad on his business trip to China. “He was with a business colleague who had a 3-year-old daughter and she had asked me to suggest an English name for her little girl… I was surprised by this because having the responsibility to name a child is quite important. I wanted to take it seriously,” she said to News.Com.Au.

After much deliberation, Jessup decided to name the kid Eliza after Eliza Doolittle, the character from My Fair Lady. The colleague was delighted with the name and thanked her profusely. This was when the idea of a naming business started forming in Jessup’s mind. She thought that if her dad’s colleague wanted an English name for his child, there should be thousands of Chinese with the same requirement. As a result, “Special Name” was set up.

When she returned to the UK, Jessup borrowed around US$2,000 from her dad, hired a web designer, and created an online database of 4,000 names. She gave each name five attributes that best represented it so that people could understand the meaning behind the names they were choosing for their children.

Though the task was initially labor-intensive, Jessup has automated much of the process since. “I still update the database each month, but the business is fully automated, allowing me to focus full-time on my studies… I hope to use what I have learned from Special Name so that I can add value to other businesses,” she said to CNBC.

Initially, Jessup provided the service for free. But after naming more than 162,000 babies, she started charging around 79 cents per name. This is how the young entrepreneur racked up over US$400,000 in revenues. She used the money to pay for her education and to invest in property. Currently, the website mostly runs on its own and requires minimal supervision, for which Jessup has hired a team in China.

In China, people are traditionally given multiple names. There is a name given at birth by parents, a name given when the person enters adulthood, and an informal name that people choose for themselves. With increasing globalization, many Chinese have started adopting an English name. This was done for many reasons.

For one, Chinese people found that Westerns had difficulty pronouncing Chinese names. For instance, many in the West pronounce a name like Xu Zhenqi rather awkwardly. This became a problem during business conversations when people had to address each other. To remedy the issue, the Chinese started using an English name when interacting with people from the West.

Another factor for the quick adoption of English names is that it has become kind of classy among Chinese to have one. This is similar to an English person adopting French or Latin names because of their love of these cultures. As Chinese global influence increases over the coming decades, might we see a reversal of the trend — Westerners who want to do business with China adopting Chinese names?