China Will Steal Your AI Tech, US General Warns Google 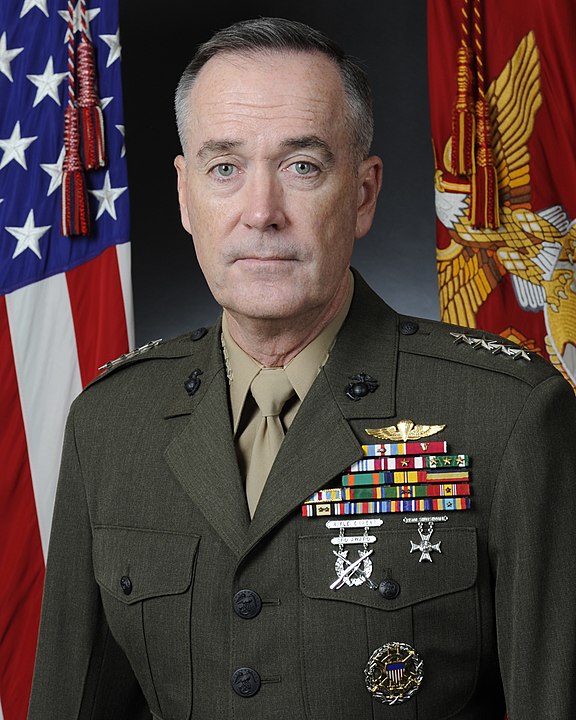 The Chairman of the U.S. Joint Chiefs of Staff, General Joseph Dunford, has warned Google that the Chinese regime will try to steal its AI technology and use the knowledge to advance its military ambitions (image: via wikidata)

The Chairman of the U.S. Joint Chiefs of Staff, General Joseph Dunford, has warned Google that the Chinese regime will try to steal its AI technology and use the knowledge to advance its military ambitions. Google has an office in Beijing that focuses on Artificial Intelligence technologies.

“This is not about me and Google; this about us looking at the second- and third-order effects of our business ventures in China [and] the impact it’s going to have on U.S. ability to maintain a competitive military advantage and all that goes with it… We ought not to think it’s just about business when we do business in China,” Dunford said in a statement (Sputnik News).

Google responded by saying that its AI activities in China are focused on areas like natural learning, education, market algorithms, and so on. The company categorically denied that it was working with the Chinese military in any way and stressed the fact that it actually has contracts with the U.S. government in areas like healthcare, cybersecurity, and recruitment.

However, Google’s statements did little to allay fears among members of the U.S. administration that it might be playing right into the Chinese Communist Party’s (CCP) hands. By law, all companies in China are required to have a Communist Party cell in their organization. As such, any business operating in China is always at risk of having their intellectual property (IP) stolen and transferred to the Chinese government no matter how secure their data facility. A media outlet asked Google if its AI office in China hosts a CCP cell. The company refused to answer.

Even if Google is working in areas like natural learning and market algorithms, their research in these subjects might end up creating technologies that may be of benefit militarily. To expect the CCP not to steal such technology would be naïve considering that Chinese state-sponsored hackers have always been trying to access trade secrets of companies located in the U.S.

Acting Defense Secretary Patrick Shanahan has also raised concerns about Google’s work in China and highlighted the fact that though Google has military contracts with the U.S. government, it is actually cutting back on such commitments. He also brought attention to the fact that almost US$5 trillion of the Chinese economy is accounted for by state-owned companies.

“So the technology that is developed in the civilian world transfers to the military world. It’s a direct pipeline. Not only is there a transfer, there’s also systemic theft of U.S. technology that also facilitates even faster development of emerging technology,” he said in a statement (Business Insider). Shanahan wants the U.S. military to continue investing in AI technologies and proposed doubling funding in the 2020 budget.

China has been rapidly growing in AI research over the past few years and now threatens U.S. dominance in this field. An analysis by the Allen Institute for AI shows that China’s share of global AI publications is fast approaching the share of America. By 2020, both nations will publish the same amount if the trend persists. Much of the Chinese research on AI is funded by the state.

“Government-affiliated AI research papers increased 400 percent between 2007 and 2017, dwarfing the growth from Chinese corporate labs, although China’s state-funded academic institutions still produce most of the country’s research output. In the U.S., by contrast, companies such as Alphabet play a much more significant role. The share of AI publications that come from corporations is seven times higher in the U.S. than in China,” according to Wired.

The danger of China dominating global AI research is best seen from the results of an academic contest run by Google and Apple last June. The winning team was not from America, but from a top ranking academy of the Chinese military. As Chinese investments in AI grow over the coming years, Artificial Intelligence will increasingly be used for military purposes, including wars and suppressing basic freedoms.