Germany Will Discuss Huawei Threat With US, Says Merkel 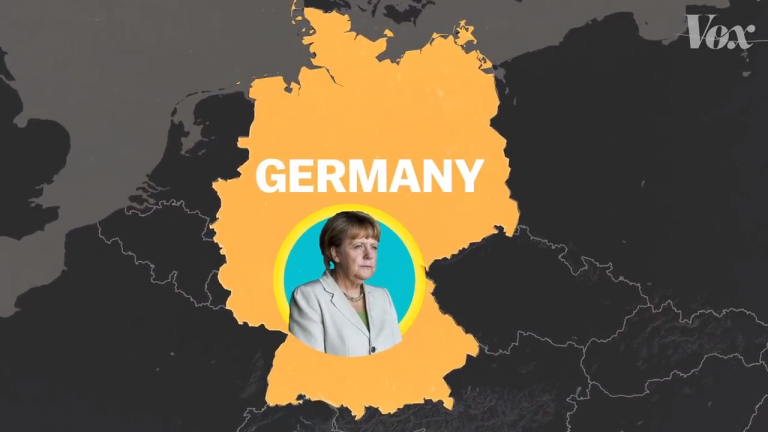 Facing pressure from the U.S. to ditch Huawei, German Chancellor Angela Merkel has stated that her administration will talk with relevant American authorities on the subject. (Image: Screens hot/ YouTube)

Facing pressure from the U.S. to ditch Huawei, German Chancellor Angela Merkel has stated that her administration will talk with relevant American authorities on the subject. However, the final call on whether to ban Huawei’s 5G equipment will only be made by the German government, Merkel reiterated.

“Security, particularly when it comes to the expansion of the 5G network, but also elsewhere in the digital area, is a very important concern for the German government, so we are defining our standards for ourselves… We will also discuss these questions with our partners in Europe, as well as the appropriate offices in the United States,” Merkel said in a statement (CNBC).

Recently, the U.S. ambassador, Richard Grenell, asked Germany not to allow Huawei to deploy 5G networks in the country since doing so could compromise critical communications infrastructure. In a letter, Grenell warned that Washington will have to scale back on sharing intelligence with Germany if Huawei’s 5G equipment is used. Huawei has been accused of spying for the Chinese government several times. As such, it wouldn’t make sense for American intelligence agencies to share sensitive information through Huawei equipment.

German authorities assured that they would implement strict rules to ensure that the 5G equipment supplied by Huawei is completely secure. “Some measures in the works include adding a non-spying clause, a requirement to publish source code used in the infrastructure, as well as allowing independent laboratories to carry out tests on the components used,” according to Business Standard.

Vendors interested in Germany’s 5G spectrum have been asked to sign a “declaration of trustworthiness” to be reviewed by authorities. The document will include a vendor guarantee that they will not hand over sensitive data to their home governments. The clause has been added to specifically address security concerns surrounding Huawei.

However, being a Chinese company, Huawei is obliged to share all data it collects with the government when requested. Even if Huawei signs the “declaration of trustworthiness,” there is no guarantee that the company will not violate the agreement. After all, how will German authorities even know whether Huawei has shared user data with the Chinese regime? This alone should be enough to make one realize the futility of trusting Chinese companies like Huawei, especially with something as critical as a country’s communication infrastructure.

With the Chinese government hell-bent on dominating the international 5G market, security experts warn that cyberspace will soon become an important battlefield — after land, sea, air, and space. In fact, Declan Ganley, an Irish telecommunications entrepreneur and founder of Rivada Networks, believes that the Chinese threat to digital networks is akin to that of Pearl Harbor.

“It’s going to touch every aspect of our lives. And this domain is the cyber domain… That’s where the Pearl Harbors of the future will take place. And whoever dominates the architecture of 5G has got enormous strategic security and, frankly, economic advantage,” he said in a statement (The Epoch Times).

A report by Deloitte states that China has budgeted US$400 billion in 5G-related investments over a 5-year period.  Chinese investments in mobile technology spending have already exceeded that of the U.S., thereby putting America’s technological dominance at risk.