Is the Apple Card All Hype and No Bite? 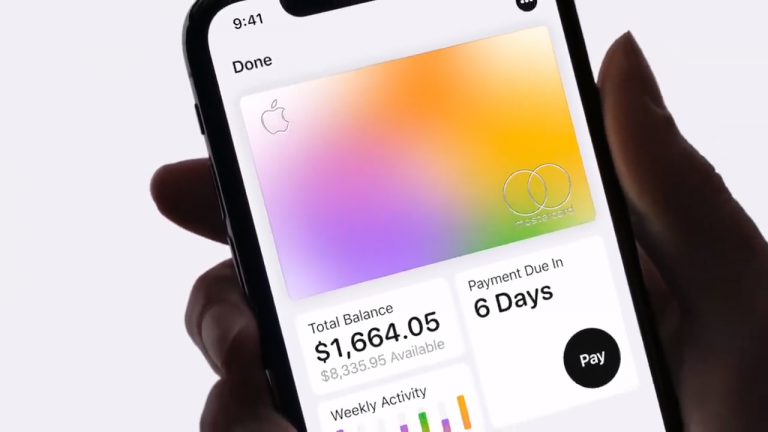 The Apple Credit Card may be the next big thing the trillion-dollar company has to offer. But consumers are starting to get wind of the downsides of the supposedly revolutionary move.

Global tech giant Apple’s newest venture, the Apple Card, is a digital-first credit card. It was unveiled during Apple’s Show Time event on March 25 along with other new services, such as gaming and video subscription offerings. According to the company’s press release, the credit card is “Built on Simplicity, Transparency, and Privacy, and Designed to Help Customers Lead a Healthier Financial Life.”

Well, sure it is! iPhone users can sign up easily in the Wallet app for Apple Card and use Apple Pay for all their purchases online. Every time you use Apple Pay, there is a 2 percent cashback reward and for every purchase you make directly from Apple, there is a 3 percent reward. No international, annual, late, over-the-limit fees, or penalty rates will be charged.

Other benefits include a special security chip to provide a new level of security and privacy, support from Apple’s partners (Goldman Sachs and Mastercard), and a beautiful titanium card. With its focus on simplicity and privacy, Apple is hoping to win the banking relationship of its customers.

Apple could prove to be a formidable competitor in the credit card market. The U.S. has approximately 190 million active iPhone users, which gives the company an advantage over its rivals. The challenge, however, is making existing Apple users sign up, since 7 out of 10 Americans hold at least one credit card. Would they even bother with a new credit card?

Even with Apple’s offerings, other credit cards seem to provide better perks. The company’s card lacks several perks present in its competitors’ cards, such as a low introductory APR for balance transfers and purchases, one-year cash back matching, and so on.

The daily cash back rewards system of 2 to 3 percent is actually pretty weak compared with other cards. For instance, Capital One’s Savor Cash Rewards Credit Card offers unlimited 4 percent cashback on dining and entertainment to its customers. As such, for someone who owns a Capital One card, there is literally no reason to opt for the Apple Card.

Another potential drawback of the Apple Card is its Annual Percentage Rate (APR). Though the company hasn’t shared the specifics of the card’s APR, sources say that it can possibly be around 13.24 to 24.24 percent, which is higher than most credit cards. For most people, this could mean that they’re better off with other cards with lower rates.

Seems like Apple isn’t interested in jumping into the credit card perks war. If you’re planning to get an Apple Card, you need to keep an eye on Apple Pay. Apple Card’s success hinges greatly on how widely Apple Pay is accepted by the mainstream market.

According to Apple Pay VP Jennifer Bailey, the system is now accepted in 50 percent of stores in the U.S. Outside America and Canada, Apple Pay is supported in 8 countries in the Asia-Pacific, 23 countries in Europe, only Brazil in Latin America, and Saudi Arabia and UAE in the Middle East.