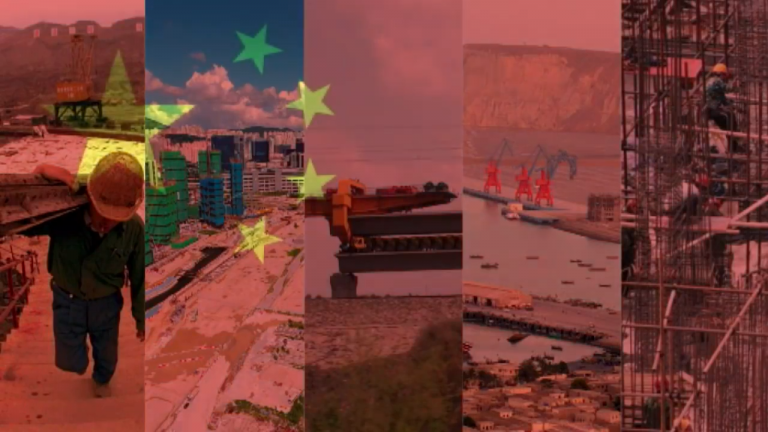 Karim Raslan, the founder of KRA Group, a political risk consultancy, has warned countries to be cautious when borrowing money from China under their Belt and Road Initiative (BRI). (Image: Screenshot / YouTube)

Karim Raslan, the founder of KRA Group, a political risk consultancy, has warned countries to be cautious when borrowing money from China under their Belt and Road Initiative (BRI). He also suggests that countries should look at India for growth opportunities.

“(The BRI is) all about Chinese strategic objectives; it’s not about the host countries… We are being duped, and we have to negotiate better for our own interests,” Karim said to CNBC. He termed BRI as a “debt trap” in which China is not investing money in nations. Instead, Beijing is lending money to projects that add negligible economic value to host nations.

By doing so, borrower countries end up with assets that do not generate good returns while still being liable to pay back the loans to China with interest. This allows Beijing to arm-twist indebted nations into agreeing to its demands. In Sri Lanka, the government had to unwillingly sign away its Hambantota port to the Chinese after they were unable to repay the outstanding debt.

Raslan believes that countries looking for growth must look at India rather than China. He explained that India has a population of 1.3 billion that is driving its economic growth. As such, the country will soon start sucking in imports, offering numerous business opportunities to other nations. India’s GDP growth for the year is expected to be 7 percent, which is higher than China’s projected growth rate of 6 to 6.5 percent.

He is also critical of Philippines President Rodrigo Duterte’s decision to overlook China’s militarization in the South China Sea in exchange for economic benefits. He wants Duterte to be tougher with China and advised him to be careful when dealing with communist state-owned enterprises.

“The challenge with China is that they expect us to borrow the money to buy their hardware, to buy their construction. But the projects they are encouraging these countries to build, all of them are vastly inflated… The Philippines, in particular, has so much to gain and the Philippines must learn from the failings in Myanmar, in Malaysia, in terms of trade and investment. Learn from us and make sure you get the best deal out of China because frankly, you can,” he said in a statement (ABS CBN).

Raslan has characterized the BRI as a failure since countries are beginning to understand that most projects under the initiative end up in losses. For instance, the Nairobi-Mombasa rail project clocked in substantial losses within a year of operation as businesses continued to rely on trucks for transporting cargo. Meanwhile, Pakistan is said to be reeling under a debt burden created due to the US$60 billion China-Pakistan Economic Corridor (CPEC).

China has defended BRI investments as profitable ventures for host nations even after several countries ended up in debt traps. In early March, the National People’s Congress spokesman and former foreign affairs vice-minister Zhang Yesui dismissed claims that China is seeking to entrap developing nations in debt. Beijing plans to host a summit in April to bring more countries in under BRI.

It will provide “an opportunity for China to become more transparent over its intentions, and clarify its strategy and approach for the BRI going forward… Unfortunately, what we will likely see is political theatre spinning a wholly positive message about the progress of the BRI,” Adam Ni, a China researcher at Sydney’s Macquarie University, said to South China Morning Post.

The summit will be hosted by Chinese President Xi Jinping and will be held on April 25. Representatives from more than 100 countries are expected to attend the event.