Signs That Indicate the Downfall of the Chinese Communist Party 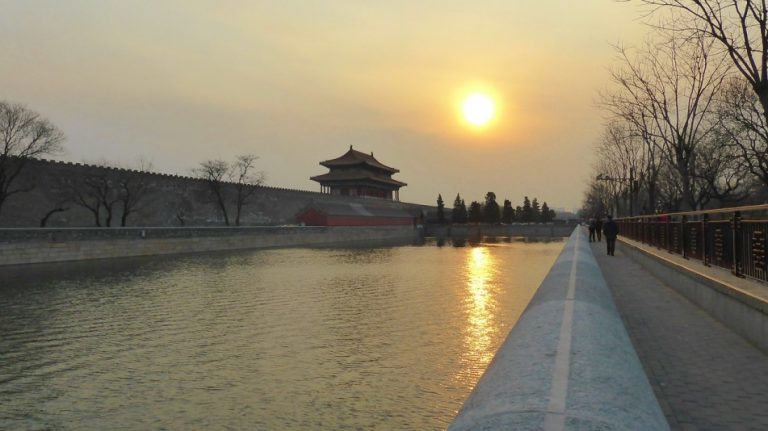 Su served as an official in Huizhou in his later years and assisted his friends in building a water supply system in Guangzhou City. (Image: via pixabay)

Days before any great earthquake, there are various natural signs and strange environmental phenomena that herald the event. There are similar signs that arise when a political party is about to be destroyed.

Since the start of 2019, various actions taken by the Chinese government have led people to believe that the environment is moving toward the demise of the Chinese Communist Party (CCP). In the first three months of 2019, the CCP created or was implicated in at least five major scandals.

On December 1 last year, Meng Wanzhou, daughter of Huawei founder Ren Zhengfei, was arrested in Canada and is currently awaiting extradition to the United States for trial. On January 28, 2019, the U.S. Justice Department filed 23 counts of criminal charges against Meng Wanzhou and Huawei.

Huawei is a microcosm of the Chinese Communist Party (CCP). It is an important builder of the Great Firewall used to censor the Internet and also, as the nation’s largest telecom equipment provider, is used to monitor hundreds of millions of people. Huawei is regarded by the United States as a tool of the CCP’s spy enterprise. The increasing global rejection of Huawei is a conspicuous sign of the end of the CCP.

On February 2, 2019, the authorities in Hebei Province used explosives to blow up the top half of the world’s largest cliff-carved Guanyin statue. A few days later, in order to prevent the Guanyin statue from being reconstructed, the bottom half of the statue was completely destroyed. This Guanyin statue originally took five years to complete at a cost of US$2.5 million.

The Hebei event is part of an ongoing effort to destroy historical statues and items of cultural religious significance to the Chinese people. According to Bitter Winter magazine, on March 18th last year, the world’s largest bronze statue of Sakyamuni, the historical Buddha, located in Xiantang Mountain Scenic Area of Xiangyuan county under the jurisdiction of Changzhi City in north China’s Shanxi Province was demolished. The Buddha statue was built at a cost of US$56.6 million of private investment. It took nine years to construct and was about to be completed, but the CCP ordered it to be demolished.

In recent years, the CCP has blatantly destroyed churches, knocking crosses off steeples, evicting congregations, and even stopping Bibles from being bought online. Protestant Christianity has been one of the fastest-growing religions in China but in the officially atheist state, this has led to tensions with the authorities. Protestants go to unofficial house churches also known as underground churches. The Chinese government has pushed back on Christianity as well and is making desperate moves against any freedom of religious beliefs.

On February 8, 2019, a video on the Internet revealed that an ethnic Kazakh citizen of China, a man named Xiaheman from China’s Xinjiang region who fled to Uzbekistan, is now stuck in the Central Asian nation’s main air terminal and facing extradition to China. He attempted suicide by cutting his throat, saying he would rather die than be sent back to the concentration camp in Xinjiang. Today, Xinjiang has been turned into a giant detention camp by the CCP, which has been pushing its anti-terrorist, anti-separatist policy in order to target ethnic minorities on the pretext of countering terrorism in China.

On February 22, 2019, key materials related to a high profile Shanxi mining rights case involving over US$15 billion were allegedly lost in an office at the country’s top court. The Supreme People’s Court had just delivered a final verdict on the case, overturning a previous ruling made by the Shaanxi Provincial High People’s Court. The joint investigation team led by the Political and Legal Affairs Committee said that the disappearance of the documents was caused by Supreme Court judge Wang Linqing himself.

On March 17, 2019, news of the Chengdu No. 7 Experimental School cafeteria poisoning caused an uproar. After the news came out, the details of the incident were reversed, with local authorities announcing that tests on the school’s food showed nothing and alleging that parents of three students submitted false reports. It was also claimed that people worldwide were deceived by these families who later were forced into admitting that they had lied in their reports of the incident to back up the CCP’s cover-up.

They were then arrested by the police on suspicion of creating trouble. However, a report from The Guardian cited one social media post from a parent saying that a doctor who examined their child believed they had been eating rotten food over a prolonged period of time. In recent years, expired and rotting food served in school cafeterias has occurred repeatedly, followed by complaints by people that the CCP is acting so shamelessly to maintain stability and keep the people passive.