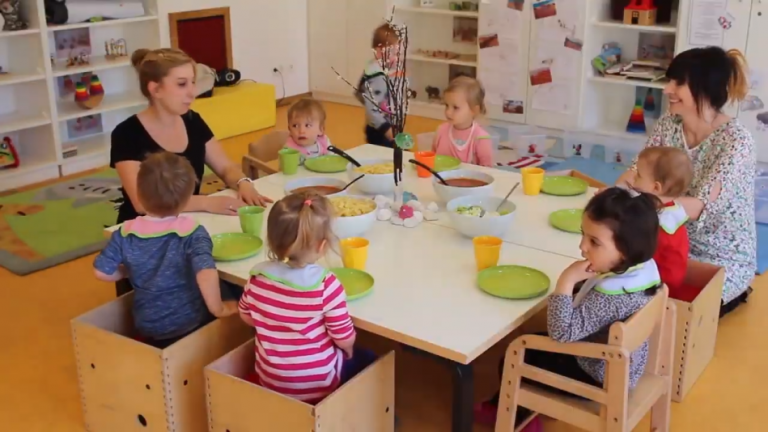 Poisoned food discovered by daycare employees of a kindergarten in Leverkusen shocked people across Germany. Fortunately, no one was harmed. Lab test results revealed that it was an inside job.

On the February 12, the kindergarten’s caterer delivered lunch to the daycare. Though the lunch looked okay, the daycare employees were shocked when they smelled the dishes. On unpacking the soup, an unusual smell came from it. Afraid the food was contaminated by chemicals, the daycare informed the caterer about the odor and sent the meals back. The caterer sent samples of the meal to a laboratory for examination.

All went well for the following few days until another similar incident came up on the February 18. The food reeked and had a chemical smell again. When the lab results came back on March 7, they confirmed the suspicion of the daycare employees. Reports said that the food was deliberately contaminated with cleaning agents.

Lab tests revealed that the pepper sauce was contaminated with detergent and the soup with heavy-duty disinfectant. Seven liters of food was reportedly contaminated, according to Rheinische Post. Detergents, when swallowed, can cause vomiting, diarrhea, and swelling of the lips and tongue. Disinfectant induces nausea, vomiting, possibly diarrhea, and mouth and throat irritation if consumed.

When ingested in large amounts, both disinfectant and detergent can cause serious poisoning and even death. A massive tragedy could have taken place if the poisoned lunch was served to the 60 children in the Leverkusen daycare. Who could have done such a thing?

Initially, everyone thought that the caterer was the one at fault. But after the lab test results came back, it was found that the cleaning agents actually came from the daycare. The German police launched an investigation to catch whoever was behind the horrendous actions.

Cologne’s Attorney General Ulrich Bremer later confirmed that the daycare’s kitchen assistant was the one who poisoned the food. The name wasn’t revealed to the press, though. Interestingly, it was the very same employee who actually reported the poisoned food. According to the police, the person never intended to poison the children. Instead, they just wanted to attract attention.

Aftermath of the incident

Following the two incidents of poisoned food, the daycare center’s reputation was greatly affected. After the news broke out, one of the children’s mothers, who refused to be named, came to pick her daughter up before meal time, preventing her child from eating the food provided by the daycare.

Parents of the toddlers complained in the media that the daycare failed to inform them of the incident in a timely manner. Hans Horoldt, the head of the local protestant daycare and kindergarten association, publicly expressed his shock at the heinous crime. “There are no concrete grounds for suspicion against individual people… Something like this has never happened in our history before,” he said in a statement (DW).

Nadja Georgia, one of the heads of the protestant day care, said that that they were outraged and shocked by the crime. As a result of the incident, the center has imposed strict protocols regarding the distribution of food in the daycare. Georgia suspects that the children could have gotten diarrhea if the poisoned food had been consumed. No one knows what the actual results would’ve been, and surely, no one wants to find out.