Is It Genetic Code or Postal Code That Influences a Child’s Life Chances? 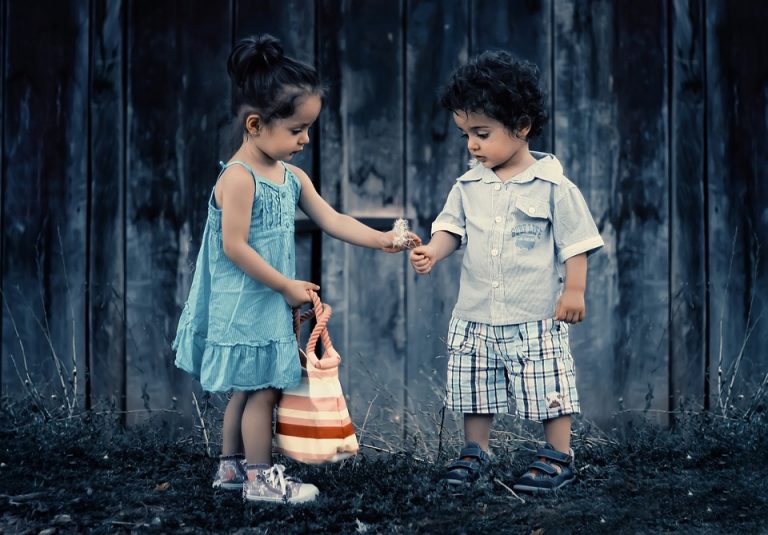 Study provides insights on children's physical and mental health risk outcomes; genetics are a small piece of the puzzle. (Image: via pixabay / CC0 1.0)

Most children inherit both their postal code and their genetic code from their parents. But if genetic factors influence where families are able to live and children’s health and educational success, improving neighborhoods may not be enough. Latest research at Columbia Mailman School of Public Health and the University of California at Irvine provides new insights into the highly debated question of whether the neighborhoods that children live in influence their health and life chances.

This is the first study to bring together genetic and geographic data to test links between children’s neighborhoods and genetic risk. The findings are published online in Nature Human Behaviour. The research team, led by Daniel Belsky, Ph.D. assistant professor of epidemiology at Columbia Mailman School, and Candice Odgers at the University of California, Irvine Department of Psychological Science, linked the genomic, geographic, health, and educational data of thousands of children living in Britain and Wales.

They found that children growing up in worse-off neighborhoods also carried a higher genetic risk for poor educational outcomes and earlier childbearing. The authors replicated their findings in the U.S.-based Add Health Study, where they found that gene-neighborhood correlations may accumulate across generations as young people with a higher genetic risk for poor educational attainment and younger age at first birth were both born into, and subsequently moved into, worse-off neighborhoods.

Belsky, who is also with the Columbia Aging Center, said:

“But genetic risk alone was not enough to explain why children from poorer versus more affluent neighborhoods received less education and were more likely to be Not in Education, Employment, or Training (NEET) by late adolescence.

“The data on education could explain only a fraction (10-15 percent) of the link between neighborhood risk and poor educational qualifications and NEET status, suggesting that there is ample opportunity for neighborhoods to influence these outcomes.”

“Surprisingly, for obesity, one of the most prevalent and costly health problems facing this generation, we found no link between neighborhood and genetic risk.

“Children who grew up in worse-off neighborhoods were more likely to become obese by age 18, but they did not carry a higher genetic risk for obesity than their peers living in more advantaged neighborhoods.”

Analyses were based on data from The Environmental Risk (E-Risk) Longitudinal Twin Study, which has followed 2232 twins born in England and Wales in 1994-1995 into young adulthood, and The National Longitudinal Study of Adolescent to Adult Health, which followed 15,000 American secondary school students into adulthood.

For “polygenic scoring,” the investigators combined information across the genome based on recent genome-wide association studies (GWAS) of obesity, of schizophrenia, of age-at-first-birth, and of educational attainment. Neighborhood risk assessment and Neighborhood Mobility Analysis tools are described in the paper’s Supporting Details.

Using Google Street View and high-resolution geospatial data enabled the researchers to capture key features of the neighborhoods where the children lived. Odgers developed the virtual assessments used in the study, saying:

“Advances in both genomics and geospatial analyses are rapidly positioning us to make new discoveries. Here, they allowed us to identify outcomes, like obesity and mental health, where neighborhoods are most likely to have unique impacts.”

“This is only a first step in tackling the critical question of whether changing neighborhood conditions can improve children’s lives across these domains.”

But, he cautions that

“polygenic risk scores are an evolving and still imperfect tool. They can help us test whether genes and neighborhoods are related. But they cannot tell us how.”

Genetic risk accounted for only a fraction of the differences between children living in different types of neighborhoods. According to Belsky and Odgers, this provides some reason to hope that

“targeting neighborhoods — especially for physical and mental health — will be enough to improve children’s life outcomes.”

Provided by: Columbia University’s Mailman School of Public Health [Note: Materials may be edited for content and length.]