Why China Is Scared of Winnie the Pooh 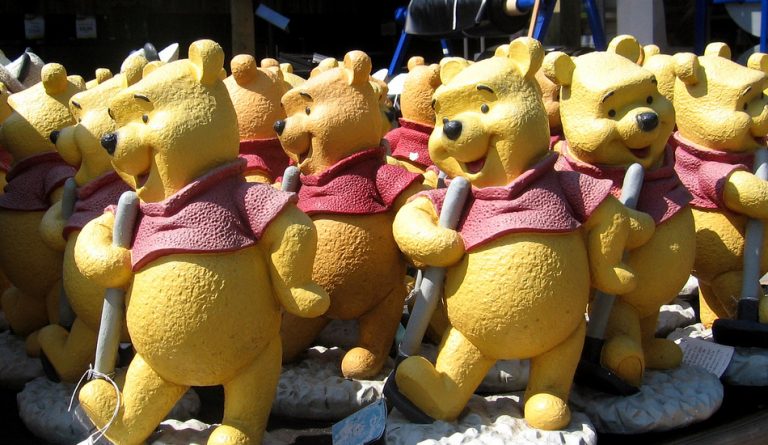 The honey-loving, cuddly bear of the Hundred Acre Wood is getting no love in China, particularly from President Xi. (Image: crabchick via Flickr)

Winnie the Pooh may be the honey-loving and cuddly bear of the Hundred Acre Wood that people across the world know and love. But he’s getting no love in China, particularly from President Xi.

The reason behind Winnie the Pooh’s censorship

Of all the things that China has banned, it’s the censorship of Winnie the Pooh that is one of the most outrageous. It all started in 2013 when a meme surfaced likening President Xi to the lighthearted bear. The meme depicted a side-by-side image of President Xi and then-president Obama together with a cartoon drawing of Pooh walking side-by-side with Tigger. This sparked netizens to create other memes comparing images of the Chinese president to the cartoon character. Soon, the Chinese government started banning and censoring anything related to Winnie the Pooh.

Recently, Christopher Robin, the new Winnie the Pooh movie, was barred from cinemas in China. Officially, no reason was given. But people speculate that it had something to do with Winnie the Pooh’s depiction as President Xi’s caricature. Another reason could be that China only allows 34 foreign films to be released in the country, making it a hard thing for many movies to find screens in China.

The “Kingdom Hearts” series is one of the most nostalgic and beloved video game franchises in gaming history. It’s a product of an unlikely team-up of Japanese game developer Square Enix and Disney. For the last 13 years, die-hard fans have been waiting for the conclusion of the keyblade-wielding protagonist Sora’s journey. And so in 2019, “Kingdom Hearts 3” finally came out. Of course, one of the recurring Disney worlds in the franchise is the Hundred Acre Wood, home to Winnie the Pooh and his friends. In the Chinese version of the game though, Pooh is censored, replaced by a floating white figure.

In June 2018, China banned the website of U.S. cable and satellite television network HBO after Last Week Tonight’s host John Oliver criticized China and president Xi about the country’s authoritarian policies and alarming human rights record. In addition to that, HBO and John Oliver are censored every time they’re mentioned. Of course, one of the main reasons why they are banned is that John Oliver made fun of the president’s sensitivity over Winnie the Pooh.

More than a funny meme

According to Global Risk Insight, a firm providing expert political risk news, the government of China sees the meme as “a serious effort to undermine the dignity of the presidential office and Xi himself.” To President Xi, it is a symbol of mockery. He is dominant, only means business, and his authority in China is never questioned. But the Winnie the Pooh meme effectively stains this image of him.

On the other side, the cartoon character, since its conception as a meme, has been a symbol of resistance to the Chinese government. In one instance, Wang Xiaochuan, CEO of Chinese search engine Sogou, posted a picture of the cartoon character with the caption “Little Pooh” on his Weibo account. Over a million followers saw it.

One commentator even asked: “Won’t this cause trouble for your company?” Another commentator said: “Aren’t you scared to post something so sensitive?” Bloggers have circulated the image to see how quickly the Chinese government censors it. To the Chinese, the honey-loving bear is the equivalent of the Guy Fawkes mask, which was popularized in the film V for Vendetta.

Although the Chinese government is going full throttle to censor anything related to Winnie the Pooh, it seems like it’s only fanning the people’s amusement over President Xi and the fictional bear.