Here’s How Chinese Millennials Will Influence the World 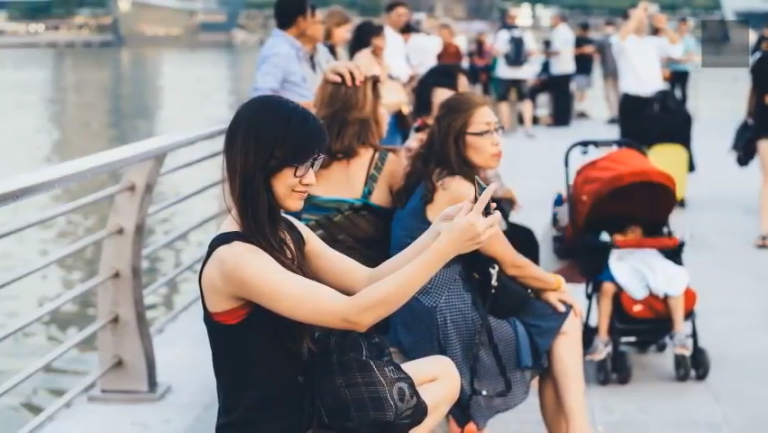 Growing up in a technologically-advanced and fast-paced society, Chinese millennials have become affluent, tech-savvy, confident, and agents of fresh ideas. (Image: Screenshot / YouTube)

Millennials are taking the world by storm. From leading the corporate world to owning businesses, from adapting cultures to creating new ones, and from following to influencing, this is the era of the Millennials. Growing up in a technologically-advanced and fast-paced society, Chinese Millennials have become affluent, tech-savvy, confident, and agents of fresh ideas. Now, it’s time for you to know how they will make a splash in the contemporary world.

If you think 80 million Millennials in the United States is a big number, then you haven’t heard of the numbers in China — 400 million Millennials. That’s five times more than the U.S. With a size like that, the impact of Chinese influence in various fields around the world is going to be massive. For instance, they are the largest consumers in the world. This means brands are going to focus particularly on this demographic to make a profit. In turn, young Chinese will have a bigger influence on product trends.

“Even though there are other eastern economies to rise over the last 50 years, there hasn’t been one with enough economic and political consequence like China to actually change the way that the Western world spins,” Zakary Dychtwald, the founder and CEO of the think tank Young China Group, said to CNBC.

Eye on the outside world

People assume that since the Chinese government is doing its best to censor and control the flow of information on the Internet, Millennials are ignorant of the outside world. This is not fully true. Even with the government curtailing the Internet, Chinese Millennials are actually well-versed in Western trends. In fact, when you travel to Chinese cities, you’ll notice how Westernized they seem. Youngsters love sipping their coffee in Starbucks, playing popular video games, and can actually speak English, unlike most belonging to the previous generations.

Chinese Millennials tech-savvy from the start

In China, 90 percent of Millennials own a smartphone. And on the Chinese Internet, they are the queens and kings. Three-quarters of Chinese netizens are under the age of 40, with most being in their 20s. Their online consumption habits range from documenting day-to-day activities on WeChat and unlocking share bicycles to paying bills via Alipay. When it comes to monetary transactions, these youngsters have paved the way for a big boom in cashless transactions in the country. During Alibaba Singles day shopping spree in 2017, 90 percent of the payments were mobile and done through Alipay.

Entering the world of business

According to a survey conducted by HSBC, Mainland China and Hong Kong are the markets with the highest number of young entrepreneurs around the world. In addition to that, 44 percent of business owners in the city and the mainland are below the age of 35, which is 14 percent higher than the global average for the same age bracket.

This is not surprising news. In fact, a JWT Intelligence report stated that 74 percent of Chinese Millennials would choose to pursue business if they can’t land a job. Almost 93 percent of participants agreed to the statement: “Technology has put so many professional and entrepreneurial opportunities in front of me.” Among Millennials from BRICS nations (Brazil, Russia, India, China, and South Africa), the need to be financially independent was seen to be highest among Chinese Millennials.