Extravagant Pastors and Their Fetish for Expensive Stuff 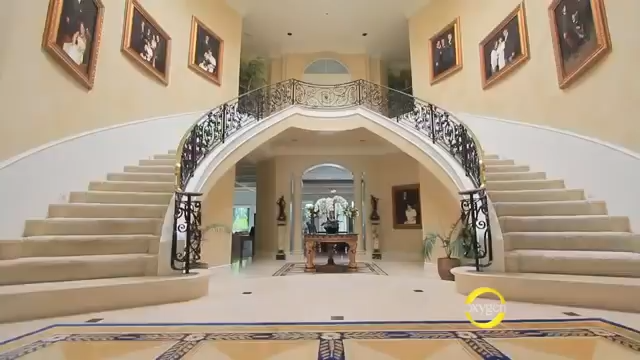 Christians in America have been debating the rise of 'hyperpriests,' or pastors who lead a lavish lifestyle, dress up in expensive clothing, and rub elbows with celebrities. (Image: Screenshot / YouTtube)

Christians in America have been debating the rise of “hyperpriests,” which basically refers to pastors who lead a lavish lifestyle, dress up in expensive clothing, and rub elbows with celebrities. In fact, a few of these hyperpriests are celebrities themselves, with massive fan followings numbering in the millions. One man decided to throw some light on the lifestyle of these pastors by opening an Instagram account called “PreachersNSneakers” that posts pictures of their fetish for expensive fashion items.

Thrifty and humble no more

The person behind the account, who does not wish to be named, is not any militant atheist. In fact, he himself is a devout Christian who was concerned about some of the activities of famous pastors. “I’m a Christian and [have] been for a long time and feel really strongly about the leaders of the Church and how high of a calling they have… I started questioning myself: ‘What is ok as far as optics… as far as pastors wearing hype or designer clothing?’ I don’t have an answer… [Believers must] have a discussion about what is appropriate,” he said in a statement (Premier).

The account was started just about a month ago and has already attracted over 125,000 followers. The photos shared on the account usually depict a pastor and the price of their sneakers, clothing, or other accessories. Many of these photos attract thousands of likes and comments. One photo of Pastor John Gray at an event shows him wearing a pair of red sneakers that apparently cost over US$5,000. Most followers of the account are aghast at the lavish lifestyle of the pastors.

“PreachersNSneakers is resonating with so many people of faith not just because it’s hysterical satire… but because it’s raising important ethical questions… Many religious leaders preach the message of an impoverished Jewish refugee while living lavish lifestyles funded by donations from people earning minimum wage, and struggling to pay rent,” Jonathan Merritt, the author of Learning to Speak God From Scratch: Why Sacred Words Are Vanishing — And How We Can Revive Them, said to Esquire.

While there are those who criticize, there are also people who argue that how a pastor lives his/her life is none of their business. After all, this is America, where everyone has the freedom to live the life they want. Many supporters of such hyperpriests are themselves not concerned about their idols wearing expensive clothing or sneakers and see it as a result of the hard work the pastors have put in.

The U.S. is home to several Hyperpriests who have a net worth of millions of dollars. The most well-known example would be Billy Graham, who apparently preached to over 2 billion people during his lifetime.

Famous for being the spiritual advisor to American presidents like Dwight Eisenhower and Richard Nixon, he founded the Billy Graham Evangelistic Association in Minneapolis in 1950. Many of Graham’s sermons were televised, which increased his popularity with the masses. He died last year in February and had an estimated net worth of US$25 million.

The richest pastor in America would be Kenneth Copeland. He is the head of “Kenneth Copeland Ministries.” His teachings are usually called “prosperity gospel” and are largely focused on abundance. The ministry is located on a 1,500-acre campus and houses a US$17.5 million jet. Reports suggest his wealth to be in the range of US$300 million to US$750 million.