Helium-3 on the Moon Could Be the Answer to Clean, Sustainable Energy 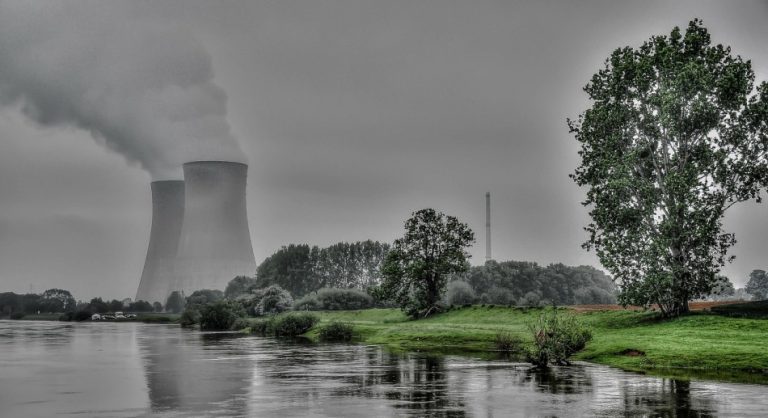 Research suggests future fusion reactors could be powered by helium-3 from the Moon. And now, nations are on a race to dig it up. However, compared to the past, when only a couple of nations like the U.S. and Russia had the technology to explore the Moon, the race to extract helium-3 is seeing increasing competition from developing countries like China and India.

Scientists have for long been searching for a clean and sustainable energy source. Today, this relentless pursuit is becoming more vital for the survival of mankind. For one, many scientists believe that fossil fuel is inflicting damage to Earth’s environment. What’s worse is that it is limited. According to some reports, it is projected that most of the economically recoverable fuel sources will be gone by the middle of the 21st century.

To avoid a potential fuel crunch in the future, fusion reactors could be the answer. Natalie Lovegren of the LaRouche PAC Science Research Team stated that no other energy resource compares to the energy density of fusion. The Sun and stars generate energy via fusion. If humans can replicate the same process in a controlled manner on Earth, there will be limitless energy for humans to harness.

The current process basically combines two light atomic nuclei of hydrogen isotopes, tritium, and deuterium to convert a small amount of mass into a large amount of energy. It sounds promising. However, the neutrons created from the fusion are hard to contain. Furthermore, there are detrimental effects to producing fusion energy. For instance, neutron radiation damage and radioactive waste. A potential solution is using helium-3 and deuterium, which is easy to contain and produces less waste.

“Helium-3 fuels are the most energy dense out of any currently in use or under experimentation, and have the highest electrical conversion efficiency of any form of electricity, making them unparalleled as an energy source,” Natalie said in a report. Imagine the energy of a billion tons of coal concentrated in just eight tons of helium-3; this can drastically solve transportation costs and environmental degradation.

The problem, however, is that helium-3 is extremely rare on Earth. This is because the helium-3, which is emitted by the Sun through its solar winds, is prevented entry by our atmosphere. But the Moon doesn’t have an atmosphere, which means helium-3 comes into contact with the lunar soil and is absorbed.

The race for lunar resources

Many countries and companies aim to bring helium-3 to Earth. It is not only is a source to power the world for decades. Nations that control the mining, transportation, and distribution of helium-3 will be in a very influential position.

Since 2016, India has set its eyes on the moon for helium-3. The Indian Space Research Organization plans to launch Chandrayaan-2, India’s moon mission, to scout for water resources and helium-3 on the Moon’s crust. However, the mission has been delayed three times — first during December 2016, the second in October 2018, and the third in 2019.

China is also keen on digging the sought-after lunar resource. Chang’e 5 is a Chinese National Space Administration (CNSA) lunar sample return mission scheduled for launch in 2019. Aside from collecting the rare helium isotope, the mission also aims to collect other rock and soil samples.

Joining the conquest for this rare fuel is Russia. The country announced in March 2019 that it will join force with Luxembourg in the space mining sector investment. “In January, we offered Luxembourg a framework agreement on cooperation in the use of (mining) exploration in space. We expect an answer from Luxembourg,” Golikova, a member of the Russian delegation, said in a statement (Warrior Trading News).

Other countries — such as the United States, Japan, Russia, and European nations — are on the quest to establish authority on space mining. According to a Markets report, the value of the space mining industry is expected to be approximately US$2.8 billion by 2025.