Pyramids Older Than Those in Egypt Found in Bosnia 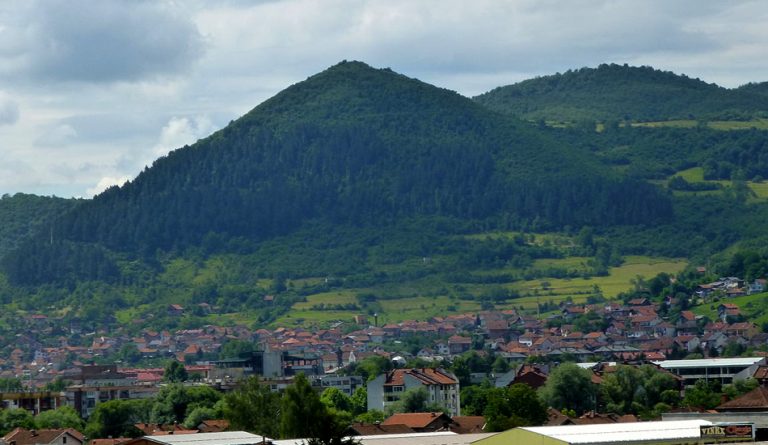 A series of peaks shaped like pyramids in Bosnia and Herzegovina have become a source for national pride. (Image: TheBIHLover via Wikimedia Commons)

Bosnia and Herzegovina is a small country located in Southeastern Europe that saw massive internal conflicts in the nineties. Over the past decade, citizens of the country have found a common source for national pride — a series of peaks shaped like pyramids. Some say that the pyramids are actually older than those in Egypt.

The famed Bosnian pyramids are located near the town of Visoko, about 20 miles away from Sarajevo. The peaks have always been an object of fascination among the locals, since some of them had precise sides that meet at the summit as if created by intelligent beings.

In 2005, an amateur archaeologist named Semir Osmanagich announced that he had discovered a pyramidal complex beneath the hills. Over time, he discovered three more pyramids and proposed that they were built by the same people who created the pyramids of Egypt and Mesoamerica. The northern orientation of the Bosnian pyramids was actually more precise than the alignment of the pyramids of Giza.

The “Pyramid of the Sun” is the biggest of the four at 1,180 feet high. Underneath this pyramid, investigators found blocks made from some type of concrete. Physicists also measured an electromagnetic energy emanating from atop the pyramid. The energy was measured at 28 kHz, which is not commonly seen in nature.

In 2006, Osmanagich suggested that the pyramids could have been constructed by the Illyrian civilization and might actually be 12,000 years old, making them far more ancient than those in Egypt. A decade later in 2017, Osmanagich revised his timeline and claimed the pyramids to be 34,000 years old.

In 2008, a conference of 50 scientists from countries like Russia, Egypt, the UK, Poland, etc. was conducted. The experts supported the claim that the peaks were actually pyramids. Subsequent annual conferences between 2012 and 2015 concluded that the Bosnian pyramid complex is the oldest in the world. However, there has been staunch opposition against calling the peaks pyramids.

Strong opposition against the Bosnian pyramid claim started in 2006 when the Bosnian government decided to fund Osmanagich’s excavation at the site. The European Association of Archaeologists wrote a manifesto demanding the government avoid funding the project as it was a hoax.

“This scheme is a cruel hoax on an unsuspecting public and has no place in the world of genuine science. It is a waste of scarce resources that would be much better used in protecting the genuine archaeological heritage and is diverting attention from the pressing problems that are affecting professional archaeologists in Bosnia-Herzegovina on a daily basis,” the manifesto stated (Ancient-Code).

Critics claim that the peak’s triangular appearance is the result of natural forces and not any intelligent creation. They point to the example of the Russian Twin Pyramids to support their case. Some archaeologists say that genuine medieval artifacts are present in the region surrounding the peaks and that allowing Osmanagich’s team to excavate further could put these structures at risk.

Since 2006, Osmanagich’s excavation team has apparently altered the structure of the peaks, making some of them look like stepped pyramids. This has raised suspicions about his claims. By 2016, an archaeological park was set up in the hills. The government also encouraged school trips where children were taken to the peaks. The kids were told that they were pyramids and part of Bosnian heritage. Tourism in the region has increased since the pyramid claims were made and the town is said to have gotten an economic boost from it.

With stronger-than-normal electromagnetic energy, artifacts, and the unique structuring, it is strange that scientists are refusing to study the structures and inhibiting other investigations from doing so. But perhaps it should come as no surprise, since many scientists nowadays have a tendency to close their eyes and minds to anything deemed to be out of the ordinary.