Is Farmed Salmon Really the Most Toxic Food in the World? 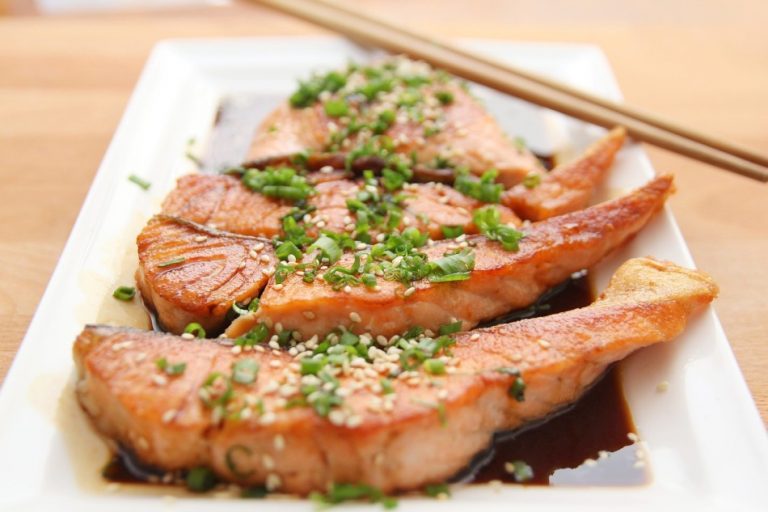 Salmon is tasty, delicious, and a nutritious food source. However, recent research exposes a little-known possibility about farmed salmon — it might be one of the most toxic foods in the world.

Health experts consider salmon to be a wonder food for its nutritional value. Wild salmon is packed full of nutrients such as Omega-3 fatty acids, protein, vitamin D, B12, selenium, niacin, B6, magnesium, and so on. Plus, it has virtually no carbohydrates. Having so much going for it makes salmon an ideal food to combat the risk of heart disease, diabetes, arthritis, stroke, cognitive problems like Alzheimer’s disease, and some types of cancers. It may even help fight off depression

However, because of humanity’s appetite for growth and modernization, we have overlooked the needs of salmon and other aquatic lives as well. The salmon population, particularly in regions like Japan, California, Oregon, Washington, and southeastern Russia, has steadily declined over the years as roads, infrastructure, and filled wetlands destroy or take away their habitat. In areas like northeastern Russia, British Columbia, and Alaska, salmon thrive. However, their population still suffers from over-harvesting. To meet the market demand for salmon, businesses started farming them.

Recently, experts have started saying that farmed salmon is not as nutritionally valuable as its wild counterpart. During the making of the documentary Fillet-Oh-Fish by Nicolas Daniels, it was discovered that salmon farms in Norwegian Fjords contain about 50 feet of waste, which includes bacteria, pesticides, and drugs. Because of intensive farming and global pollution, the flesh of the fish we eat has turned into a “deadly chemical cocktail,” according to the producers of the documentary. Dr. Joseph Mercola echoes the same sentiment, saying: “Today’s fisheries are faced with a range of severe problems, from overfishing to chemical pollution and genetic mutation from toxic exposures.” (Providr)

Since Norwegian farms operate at open sea and cram nearly 2 million fish in tight spaces, their operations have also contributed to the pollution and spread of diseases in the sea. Neil Frazer, an Earth Sciences and Marine Biology expert from the University of Hawaii at Manoa, said that salmon farms devastate passing juvenile wild salmon during out-migration since sea lice and viruses from the farm can be caught by the wild salmon.

Kurt Oddekalv, an environmental activist from Norway, believes that salmon farming is bad for the environment and human health. Claims from the respected activist have been backed up by Jerome Ruzzin, a toxicologist who has tested a number of food products in the Norwegian market and discovered that farmed salmon contains the greatest amount of toxins. In fact, they were found to be five times more toxic than other tested products.

This resonates well with Mo Salman, an expert from Colorado State University in Veterinary Science and Epidemiology, who stated that extensive aquatic farming practices should take environmental and other biological factors into consideration to avoid negative impacts. Maybe, it is the bad practices of some aquatic farms that make farmed salmon toxic. What do you think? Will you keep eating salmon?