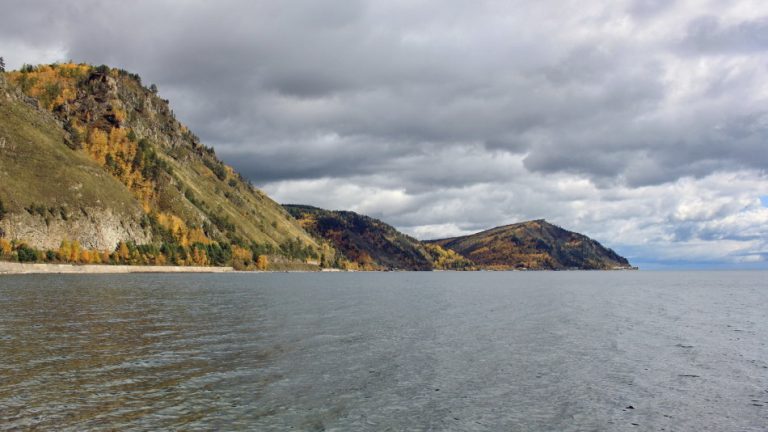 Lake Baikal is the world's oldest and deepest lake, holding 20 percent of the unfrozen freshwater reserves on the planet. (Image: Victoria Abrosimova via flickr CC BY 2.0 )

When a Chinese-funded bottled water project was proposed near Lake Baikal, local Siberians were angry. They were worried that such a plant would end up ruining the pristine natural environment. Thankfully, authorities put a halt to construction of the water bottling plant. But this has not stopped Russians from carrying out anti-China demonstrations.

Lake Baikal, also known as the Galapagos of Russia, is the world’s oldest and deepest lake. Situated in Southeastern Siberia, the lake holds about 20 percent of the unfrozen freshwater reserves on the planet. Due to its 25 million years of existence and isolation, it has developed the most unique fauna known to man. The place is also a migratory destination for 130 bird species.

Its beauty, however, was threatened by the water-bottling plant in the village of Kultuk. National authorities, ecologists, and residents in the Irkutsk region have trounced AquaSib’s water bottle project in Lake Baikal. The company had planned to bring 190 million liters of water a year from the lake to China starting in 2021. With construction of the bottling plant at Lake Baikal, Russians feared severe environmental consequences.

A petition pleading for the nation’s citizens to block the project soon showed up online. Written in the petition was a warning that the water of Baikal “will be shipped to China” and that it will cause lifelong damage to the UNESCO World Heritage Site. The petition spread like wildfire on various social media websites and gained almost 1 million signatures. With the growing backlash to the plant’s construction, the outcry caught national attention and the prime minister vowed to audit the plant.

Upon inspection of the plant, signs of oil spills and waste were uncovered, prompting the regional court to order AquaSib to stop construction. The company, which was even praised by the regional government prior to the backlash, was surprised by the criticism and maintained that the plant would not harm the lake and its surrounding environment.

Although AquaSib is based in Russia, the company is financially backed by another firm named “Baikal Lake” in Daqing, China. Alexei Azarov, AquaSib’s representative, defended the company, stating that it has passed the environmental assessment and that the project will benefit locals with 150 jobs and related tax revenues.

Irkutsk-based IRK.ru news website Chief Editor Svetlana Pavlova criticized the project very sharply. “For Siberians, there are two things that are like a red rag to a bull and cause an immediate reaction… One is the Chinese that “have taken over everything and leave trash” and the second is encroachment on the lake. And here it so happens that the company building the plant is 99 percent-owned by Chinese nationals,” she said in a statement (Phys.Org). Ecologists also point out that the area serves as a feeding ground for migratory birds, some of which have protected status.

Since March 24, Russians have been conducting anti-China protests. Both politicians and celebrities have joined and supported the rallies. This is not the first case of Russian opposition toward Chinese-owned businesses.

The recent buzz about Chinese-funded enterprises wanting to cut down Russian timber for the country’s furniture industry also ended with large-scale protests. However, the current protest regarding the plant in Baikal Lake is a demonstration in which the “anti-China factor is very clear,” according to  Siberian environmentalist Alexander Kolotov (Phys.Org).