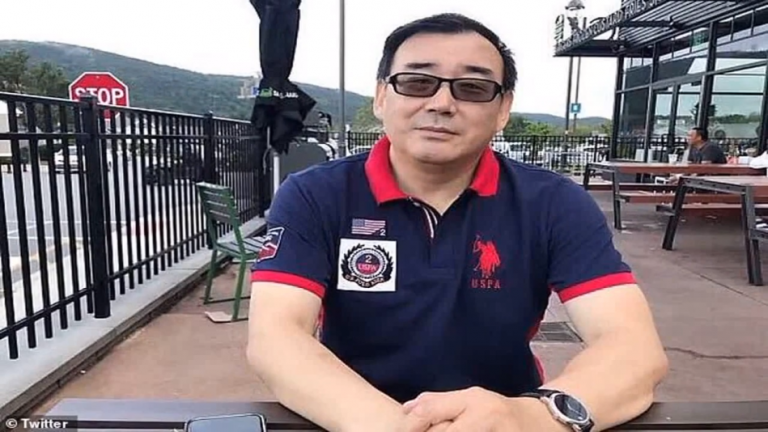 Chinese-Australian writer Yang Hengjun, who has written extensively against the Chinese Communist Party (CCP), has been detained in China since January this year. (Image: Screenshot / YouTube)

Chinese-Australian writer Yang Hengjun, who has been detained in China since January this year, was warned by John Garnaut, a security adviser to an Australian PM, not to travel to the communist country. Yang is known to have written extensively against the Chinese Communist Party (CCP).

The 53-year-old Yang is a visiting scholar at Columbia University in New York and is a former Chinese diplomat. In 2016, then-PM Malcolm Turnbull ordered John Garnaut to write a report on China’s influence in Australia. Based on the report, the government enacted new laws last year that banned covert foreign political interference in the country. This made Beijing very unhappy. In fact, the CCP asked its contacts in Australia to investigate the matter.

Since Yang was a friend of Garnaut and wrote against the CCP, a Chinese official apparently questioned him last year. When Yang recounted the incident to his friend, Garnaut warned him against traveling to China ever again. However, Yang did not heed the advice and flew to China with his family in January. When they arrived at Guangzhou airport, Yang was picked up by the authorities on accusations that he was a “danger to national security.”

His wife, Xiaoliang Yuan, has been barred from leaving the country. “I have absolutely no idea whether he is well or even if he is alive or not… It gets harder as time passes, mainly because I can’t see him. I would have felt better if the lawyers could see him and verify that he is all right,” she said in a statement (Japan Times). Her husband has yet to see a lawyer.

Feng Chongyi, an academic at the University of Technology Sydney and a close friend of Yang and Garnaut, was detained in China in 2017. He too was questioned about Garnaut’s investigation. “They knew a lot about him. During the interrogation, they did not hide that they were angry with him,” he said to The Sydney Morning Herald.

China’s detainment of Yang has been met with sharp criticism from Australia since Beijing has never actually clarified exactly for what crime he has been arrested. Many prominent Australians have likened the arrest as a challenge to the country. In fact, lawmaker Andrew Hastie points to the arrest as an example of why China can’t be a trusted destination for Australian travelers.

“Mr. Yang is an Australian citizen. He enjoys the rights and responsibilities of Australian citizenship. And so his detention, in a sense, is a detention of us all. We’re all Australian citizens. How could we guarantee that we wouldn’t be detained if we went to China?… We’ve had multiple briefings at the top secret level from ASIO and other agencies that foreign interference is being conducted in Australia at an unprecedented level… There are several authoritarian states who are involved in foreign influence across the globe. But in Australia the Chinese Communist Party is probably the most active,” he said in a statement (ABC News).

China’s interference in Australia is a matter of hot debate in the country these days. Hackers from China have been accused of breaking into the country’s parliament database. Australia has also enacted strict restrictions on Chinese investments after intelligence agencies suspected that the investments might endanger the security of the nation.