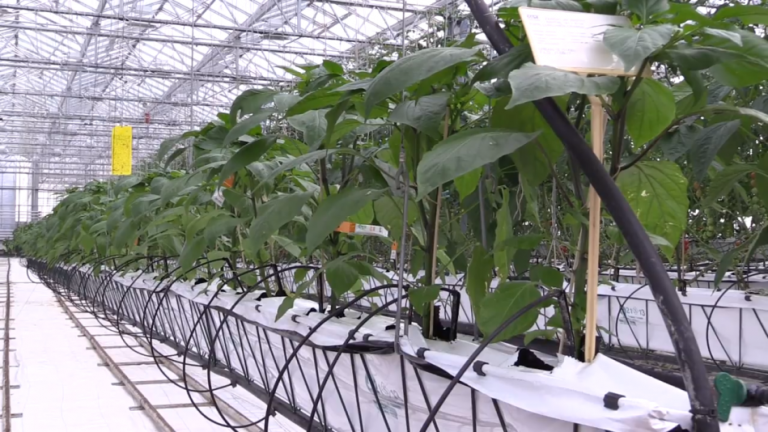 Thanks to precision farming, the Netherlands is the world's No. 2 exporter of food in terms of value, trailing only behind the United States.(Image: Screenshot / YouTube)

At first glance, no one would imagine that the Netherlands, a country located close to the Arctic, would fare well in large-scale agriculture. But the country has done just that. By adopting the latest agricultural technologies, it has become a global leader in the industry. In fact, it is the No. 2 exporter of food in terms of value, trailing only behind the United States. The shocking fact is that the U.S. has almost 270 times the landmass of the Netherlands. So, how did farmers in the country achieve this feat? They used a method called “precision farming.”

Farming in the Netherlands

Precision farming allows agriculturists in the Netherlands to cultivate food using less water and pesticides. The method is basically an updated version of greenhouse farming technology. In some of the greenhouse farms in the country, cultivating a pound of tomatoes only requires about 2 gallons of water.

When compared to open field farming that requires 8 gallons of water to grow one pound of tomatoes, greenhouse farming essentially cuts down water usage by about 300 percent. In greenhouses in Westland, agriculturists grow around 14 pounds of tomatoes per square foot, which is 10 times the yield from an open field farm in Morocco or Spain. At the same time, water usage is cut down by eight times, while pesticide use is almost negligible.

Certain greenhouse farms also use a special double-glass roof that allows for more heat to be conserved inside. Plus, unique coatings enable light to diffuse to even the lower leaves of the plant. In most of the farms, tomatoes are grown in bags of mineral wool. This gives farmers greater control in determining the amount of water and nutrition the plant needs.

Such innovative farming techniques have made the Netherlands a global leader in the export of tomatoes, onions, and potatoes. The country also accounts for over a third of all worldwide trade in vegetable seeds. This is an astonishing achievement for a country that saw a terrible famine kill almost 20,000 of its citizens post World War 2. In fact, the Netherlands actually started investing in greenhouse farming as a result of this horrible experience.

Problems with the Netherlands farming model

While the country has certainly progressed in ensuring food safety, critics are unhappy with the fact that the Netherlands model of farming sometimes leads to massive pollution of water bodies. “We indeed see promising examples of farmers doing their best to reduce pesticides… But if you look at the facts, like the statistics for water pollution in the Netherlands, there is no other region more polluted by pesticides than the greenhouse region,” Herman van Bekkem, campaign leader for Greenpeace Holland, said to DW.

There is also another major problem with food produced in greenhouse farms in the Netherlands — it tends to be less tasty. “The taste is not always good… It’s more the choice of the grower. Many growers go for more kilograms because then the net profit is higher,” Leo Marcelis, a professor of horticulture at Wageningen University and Research, said to Yes Magazine.

The low taste of Dutch tomatoes means that tomato farmers from the Netherlands get paid the lowest price per kilo in the entire EU region. The country’s focus on efficiency, practicality, and price has meant that agriculturists often do not care for the taste of the food they grow. They solely want to produce as much as they can.