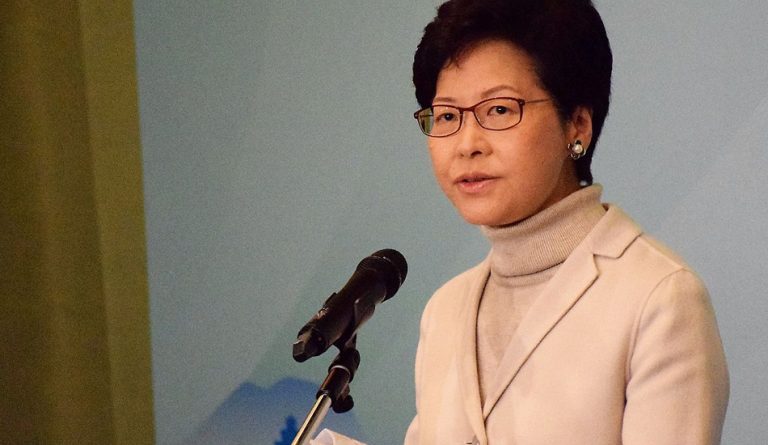 Carrie Lam expects the amendment to be passed before July. (Image: wikimedia / CC0 1.0)

The government of Hong Kong has proposed an amendment to its Fugitive Offenders Ordinance law that would allow people accused of crimes in the city to be extradited to China, Taiwan, and Macau. Hong Kong Chief Executive Carrie Lam expects the amendment to be made before July this year.

It was in February that the Hong Kong government proposed the amendment. However, the administration built up support for the amendment by pointing to a murder case. In 2018, Hong Kong resident Chan Tong-kai had killed his 20-year-old girlfriend during a trip to Taiwan. Though authorities arrested Chan, they were unable to prosecute him in Hong Kong since they couldn’t charge him with murder in the local courts.

Chan is due to be sentenced by the last week of April on charges of stealing money from his dead girlfriend. It is believed that he could walk free. The only way to ensure that Chan gets punished for the murder is to extradite him to Taiwan where he can be booked for manslaughter.  This is why Chief Executive Lam is pushing to pass the amendment as early as possible.

“This ‘deadline’ is not July, rather I hope it is earlier than July… The case had already been taken to court, and is due for sentencing later, therefore [Chan’s release] may be earlier than July… Since we have already introduced the legislation to provide that legal basis, the question now is not entirely for us. It’s for the Legislative Council to also display that same sort of compassion and empathy and try to speed up the legislative exercise to give us that legal basis to proceed,” she said in a statement (Hong Kong Free Press).

The proposed amendment has been met with strong opposition from human rights activists. They claim that the government is using the murder case as a pretext to bring in more laws that would strengthen Beijing’s control over the city. For instance, China might make spiritual practices like Falun Gong illegal in Hong Kong, as they did in the mainland, arresting practitioners and extraditing them to Beijing for prosecution.

The only reason Hongkongers have the freedom to practice Falun Gong and other basic freedoms is because of the “one country, two systems” agreement. The extradition law amendment is basically a forerunner for completely destroying the autonomy of Hong Kong.

By allowing Hong Kong residents to be extradited to the mainland, pro-democracy activists will also be at risk of persecution. Twenty-four pro-democracy lawmakers released a joint statement asking that there be a proper debate on the amendment before it is passed. The president of the U.S. NGO Freedom House, Michael J. Abramowitz, has asked Lam to extend the consultation period of the amendment.

“The lack of rule of law in mainland China and the widespread abuse of prisoners places any Hong Kong resident who is extradited to the mainland at serious risk of due process violations and other infringements on their basic human rights… This risk is amplified in the case of journalists, political activists, religious believers, and critics of the Chinese Communist Party who are largely able to exercise their rights in Hong Kong, but whose activities are deemed criminal in China,” he said in a statement (Hong Kong Free Press).

Hong Kong currently enjoys greater freedom than the mainland due to the “one country, two systems” agreement. But Hong Kong looks set to lose these privileges and soon become just another Chinese city because of interference from the Chinese Communist Party.

“If Hong Kong is to continue to attract international businesses, and be an attractive place to live and work, then its high degree of autonomy, and the way of life that has made it unique and successful, must be maintained,” British Foreign Secretary Jeremy Hunt said in a statement (EJ Insight).

If the proposed amendment to the extradition laws is passed, it would greatly damage business interests in the region. However, Beijing doesn’t seem to care about the prosperity of Hong Kong, as it is solely fixated on bringing the city under its control at any cost.