How to Handle People Who Upset You 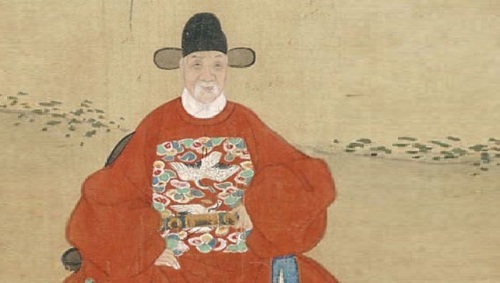 Born in Jiangsu Province during the Qing Dynasty, Dong Jiaozeng was very poor. One year, without any money in his pockets, he walked alone to the capital to attend the official examinations. On the way, he encountered a ship heading to the capital. At that time, the weather was so hot and humid that Dong asked to take a ride to Beijing. The guests on board agreed.

During the journey, Dong was studying while sitting at the rudder. There were two rich youths in the cabin drinking and singing. On hearing someone reading outside, they became uneasy and uncomfortable and came out asking: “Who are you?” Dong replied that he was going to the capital for the examinations. The two young men teased him, saying that he was too poor to seek fame. Other people nearby joined them in humiliating Dong.

Dong felt so upset that he left the ship.  He walked hundreds of miles on foot before he could get any transport to the capital. In the examination, Dong earned the second highest official marks. After a number of position changes and promotions, he became the Central Administration Representative to Sichuan Province.

One of the rich youths who humiliated him on the ship was also an official in Sichuan. When he learned that Dong had been promoted and was taking up a post in Sichuan, he was very uneasy and decided to resign. When Dong heard about this matter, he invited the rich man to meet and nicely comforted him, saying: “Han Xin could let go of that great humiliation; comparatively, mine is little. What happened has happened. Please do not be concerned about that anymore. I have let the matter go.” Dong forgave others and thought good of people. Everyone respected him very much.

Confucius once taught that if you ignore the old evil, then there would be very little resentment. People often say that while encountering tribulations, you should be forgiving and then everything will be fine; which is indeed a good way to avoid hatred and resentment.