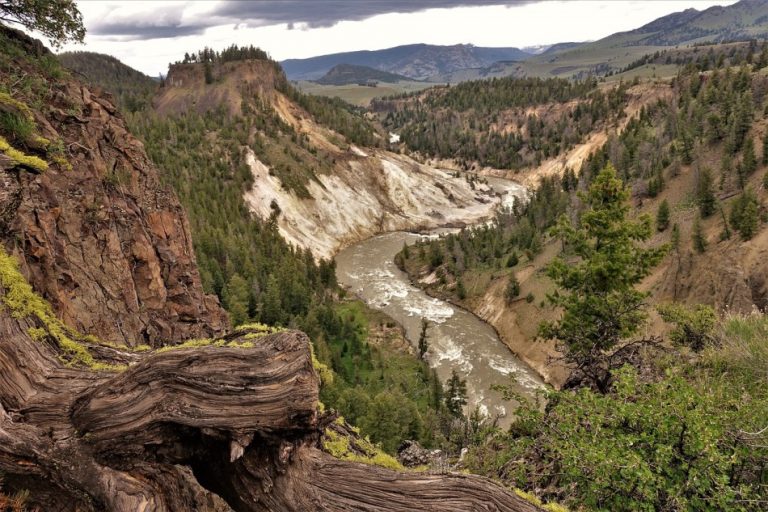 Yellowstone National Park attracted over 4 million visitors in 2018, making it the 4th busiest year on record. (Image: via Pixabay)

Yellowstone National Park attracted over 4 million visitors in 2018, making it the 4th busiest year on record. And based on the visitor numbers from the first quarter of this year, 2019 looks promising as well.

Yellowstone National Park’s name is derived from a major river that flows in the region. The story goes way back to the 1800s when French-Canadian trappers asked the Minnetaree tribe, inhabitants of what is now Montana, about the river’s name. They said that it was called “Mi Tse a-da-zi,”, translated as Rock Yellow River.

Because of the subsequent use of its English translation by notable individuals in history, Yellowstone was finally formalized. The place features half of the world’s geothermal phenomena known to man, rare wildlife species, natural wonders, and an immense number of geysers, all protected by law.

All natural occurrences in the park are allowed to happen, even forest fires — so long as they’re caused by lightning. It is, therefore, one of the few remaining sites in the world with intact large ecosystems. According to The Integrated Resource Management Applications (IRMA) web portal, Yellowstone is among the top five national parks when it comes to the number of recreational visitors.

What to see in Yellowstone National Park

Norris Geyser Basin is the park’s oldest and most dynamic geothermal area. The highest temperature in the region hits a whopping 458°F, measured in a scientific drill hole that was drilled 1,087 feet below surface level. Evidence shows that Norris’ thermal occurrences have been going on for more than 100,000 years. What’s fascinating about this area is that it’s dotted with springs and geysers filled with acidic water and brimming with all sorts of colors.

This area is divided into two terrace boardwalks, the upper and lower terrace boardwalks. It houses around 50 hot springs. The upper terraces are known for sights such as the Orange Spring Mound, named for its orangey color caused by algae and bacteria and its unique shape resulting from mineral deposits and sluggish water flow. Another sight to see is the Angel Terrace for its pure white formations and colorful displays due to microorganisms.

The lower terrace boardwalk has its own unique features as well. Liberty Cap is probably one of the most famous sights in the area due to its gigantic cone that towers to 37 feet in height. Minerva Spring is another favorite because of its wide range of colors and intricate travertine formations. Its activity tends to ebb and flow according to records from the 1890s. The feature was completely dry in the early 1900s, but started flowing again by 1951.

This is the most photographed thermal feature in Yellowstone National Park. Grand Prismatic Spring radiates a rainbow of colors stretching across a 370-foot area. The water might look shallow in photos, but this sprawling spring goes 121 feet beneath the Earth’s surface. It’s rich, vibrant, and surreal colors of yellow, orange, and green are the result of thermophilic bacteria living in the cooler water at the edges of the spring.

Since 2015, Yellowstone National Park has attracted over 4 million visitors each year. With a total of 4,115,000 visitors, 2018 ranked third among the most visited years in the park. For 2019, statistics show a promising start as the months of January and March clocked in 33,896 and 28,695 visitors respectively.