NASA Wants You to Take Pictures of Trees 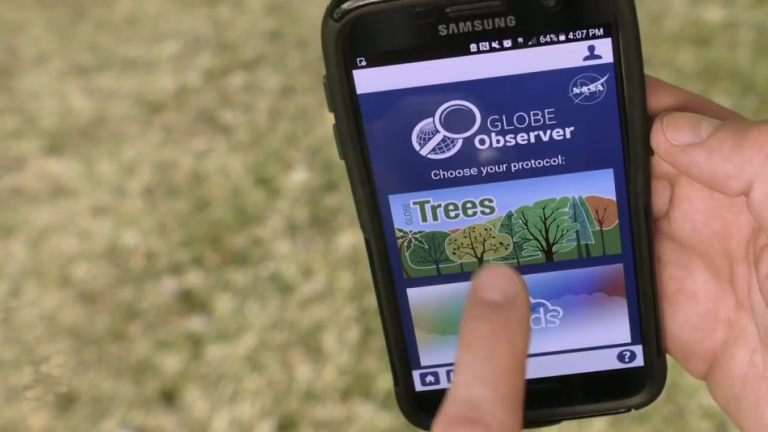 NASA is requesting people to take pictures of trees through its recently launched smartphone app — the Globe Observer. The space agency hopes that data collected from the public will help it confirm the accuracy of canopy data collected by its ICESat-2 satellite.

“Observers can measure one tree or hundreds. The data points — along with a GPS tag of the tree’s location — are sent back to NASA and collected in a database. Anyone can visualize all of the tree height and other GLOBE data simply by visiting the GLOBE website. The land cover tool allows citizen scientists to document the vegetation and terrain around them… and adding in the height measurements gives a more complete, 3D portrait of the ecosystem. Scientists need that third dimension to calculate how much carbon is stored in a tree or in a forest — and now citizen scientists can collect the data as well,” according to NASA.

So how does one use the app? Once you download the Globe Observer app, go to the Globe Trees tool. When you find an unbroken tree, step back about 25 to 75 feet and angle the smartphone camera to measure the base and the top of the tree. Take the picture, count the number of steps to the tree, and finally log in your position when you reach its base. The app will now output the tree’s height.

The app went live in March and has already collected data from 700 people across the world. The team at NASA hopes that more people will join the project over the coming months. The ICESat-2 satellite was launched in September last year into a near-polar orbit. Orbiting the Earth at a speed of 4.3 miles per second, the satellite is positioned at an altitude of 308 miles from Earth. Its mission is to collect data that would help scientists determine the vegetation canopy and ice sheet mass balance on the surface.

“The ICESat-2 satellite carries an instrument called ATLAS that shoots 60,000 pulses of light at the Earth’s surface every second it orbits the planet… By measuring the satellite’s position, the angle, and how long it takes for those laser beams to bounce back from the surface, scientists can measure the elevation of sea ice, land ice, the ocean, inland water, and trees,” according to The Verge. Expected to be operational for about three years, the satellite has enough propellant to enable it to stay in orbit up to seven years.

While the overall tree cover has shown an increase over the past few decades, certain regions have shown a significant drop in vegetation. A study by Xiao-Peng Song and Matthew Hansen of the University of Maryland found that tree cover loss in the tropics was being offset by gains in tree cover in temperate, polar, boreal, and subtropical regions.

A study published in Urban Forestry & Urban Greening last year suggests that metropolitan areas in the U.S. are seeing a loss of 36 million trees every year, contributing to increased heat in urban regions. “Too many people think that living in closer contact with nature is nice, it’s an amenity, it’s good to have if you can afford it… They haven’t got the message that it’s a necessity. It’s a critical component of a healthy human habitat,” William Sullivan, head of the University of Illinois at Urbana–Champaign Landscape Architecture department, said to Scientific American.

Researchers have theorized that heat in U.S. cities could be reduced by 2°F to 9°F if more trees were planted in the region. Temperatures inside parked cars dropped by 46°F and the surface temperature of asphalt fell by 36°F when appropriate tree cover was present.