What Happens When Scientists Put Human Genes Into Monkeys? 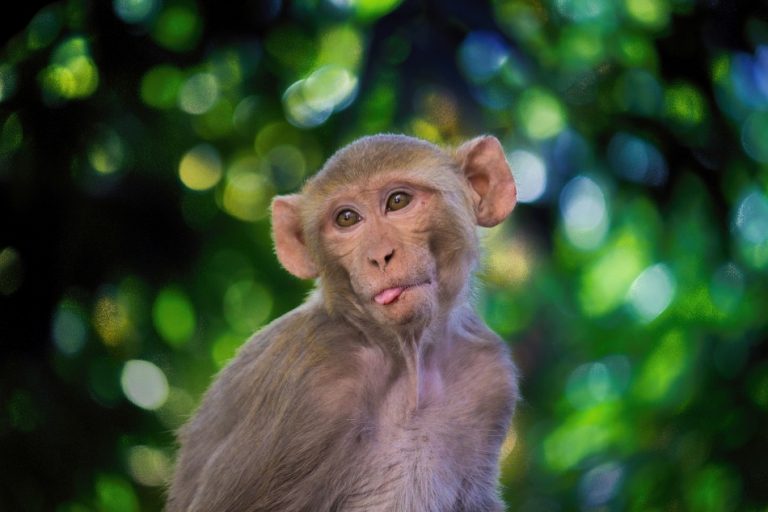 In what seems like a real-life 'Planet of the Apes' movie scenario, scientists from China have injected monkeys with genes from a human brain. (Image: via pixabay)

In what seems like a real-life Planet of the Apes movie scenario, scientists from China have injected monkeys with genes from a human brain. Follow-up tests even suggest improved intelligence in the creatures! Not surprisingly, many ethical experts have criticized the experiment for breaking moral boundaries. The research was carried out by the Chinese Academy of Sciences and Kunming Institute of Zoology, together with a team from the University of North Carolina.

The study was first published in Beijing’s National Science Review last month. Scientists behind the experiment revealed that they inserted the human gene MCPH1, which is often linked with the development of the brain, into 11 rhesus monkey embryos. This was done through a virus that carried the gene to the monkeys’ brains. Six of the animals died in the process. Scientists continued to experiment on the remaining five.

According to the research team, the purpose of the experiment was to understand the evolutionary process that resulted in the development of human intelligence. Memory tests and MRI scans on the surviving monkeys showed that they had faster reaction times and better memories than other monkeys. Just as with human beings, their brains also took longer to develop. However, their brains did not grow bigger than normal. “In the long run, such basic research will also provide valuable information for the analysis of the etiology and treatment of human brain diseases (such as autism) caused by abnormal brain development,” Su Bing, one of the lead researchers of the project, said to CNN.

When news broke out about the experiment, many scientists expressed apprehension at the ethical direction in which genetic research was heading. Martin Styner, a co-author in the study who instructed the Chinese team on the use of MRI data, indicated that he was not comfortable with the experiment. Styner wanted to have his name removed from the research project.

“I don’t think that is a good direction… Now, we have created this animal which is different than it is supposed to be. When we do experiments, we have to have a good understanding of what we are trying to learn, to help society, and that is not the case here… They are trying to understand brain development. And I don’t think they are getting there,” he said to MIT Technology Review.

‘Planet of the Apes’

Most people who heard about the experiment immediately associated it with the Hollywood movie and its sequels. The story follows a monkey that is part of an experiment in which scientists try to modify the intelligence of apes. The scientists succeed and the apes develop higher intelligence. But the experiment also unleashes a virus that destroys humanity. In the end, apes take over the planet and become the dominant species.

While it sounds like a fantasy, one has to realize that the current Chinese experiments actually bring events from the movie into the realm of possibility.

The most pressing concern surrounds the life of these genetically modified monkeys. “To humanize them is to cause harm. Where would they live and what would they do? Do not create a being that can’t have a meaningful life in any context,” Dr. Jacqueline Glover, a University of Colorado bioethicist, said to The Straits Times. A monkey that is highly intelligent would definitely find it difficult to associate with its less-intelligent brothers. This could force these animals to lead isolated lives, with other monkeys shunning them for being “weird.” Causing these innocent creatures such psychological turmoil is clearly unfair.