How Chinese Communists Use Tech to Suppress Uyghur Muslims 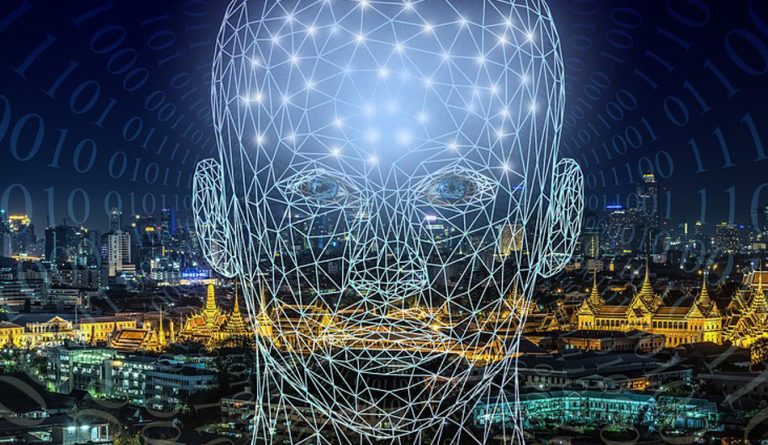 China’s subjugation of the Xinjiang Uyghur Muslim community has to be one of the worst racial, religious persecutions of the decade. What makes it even more unique and horrifying is that the Chinese Communist Party (CCP) has used cutting edge technology to suppress Uyghurs.

The most important component of CCP’s surveillance over Uyghurs is the Integrated Joint Operations Platform (IJOP). An AI-driven system, IJOP collects data from multiple sources, including the millions of CCTV cameras located throughout Xinjiang, MAC addresses of devices, license and citizen ID numbers from security checkpoints, and so on. In addition, Uyghurs are also forced to download apps into their smartphones and computers that track every action they commit over the Internet.  All such data is collected and eventually analyzed by the AI to identify “threats” to society.

“Deep-learning systems search in real time through video feeds capturing millions of faces, building an archive which can help identify suspicious behavior in order to predict who will become an ‘unsafe’ actor. The predictions generated automatically by these ‘computer vision’ technologies are triggered by dozens of actions, from dressing in an Islamic fashion to failing to attend or fully participate in a nationalistic flag raising ceremonies. All of these systems are brought together in the IJOP, which is constantly learning from the behaviors of the Uyghurs it watches,” according to Logic Mag.

When IJOP was first set up, the Chinese regime had hired close to 100,000 personnel to carry out a manual assessment of the region. The newly hired officers went to every home in Xinjiang, collecting face signatures of people from different angles and other biometric records. They also classified the 14 million Muslims into three groups based on their risk – “safe,” “average,” and “unsafe.”  A person’s categorization was determined based on factors like whether they prayed many times, had taught their children about Islam, had a relative abroad, and so on.  The information collected from such large-scale operations laid the foundation for IJOP. Today, it needs less human-fed data. A few more years from now, IJOP will run largely as an independent entity with little to no human intervention required.

In February this year, a Dutch cybersecurity expert, Victor Gevers, discovered unprotected databases on Chinese servers. It revealed the movements of Uyghur citizens over a period of 24 hours. The database contained a massive 6.7 million geographical coordinates, collected from places like Internet cafés, hotels, and mosques, which goes on to show how widespread and deep-rooted surveillance has become in the region. The latest reports suggest that Beijing is not satisfied with implementing the system in Xinjiang alone. The man behind the Xinjiang crackdown is rumored to be laying the groundwork for countrywide technological surveillance.

Uyghur activists in America have asked the government to initiate strict action against China for persecuting the Muslim community in Xinjiang. Several U.S. lawmakers have also expressed their support for the cause. In fact, the U.S. ambassador for International Religious Freedom, Sam Brownback, said that the American government must “push aggressively” on the topic of Uyghur exploitation. However, several Uyghur activists feel that not much has been done to make the Chinese government accountable for their crimes.

“I am saddened by the timid response of the world community, world leaders, who should be defenders of the freedom and democracy… Where is the outrage against such horrendous, repugnant catastrophe that’s happening on our watch?… Isn’t anyone seeing that Uyghurs are facing cultural and physical genocide today because of their identity and religion?” Rushan Abbas, a Uyghur-American activist and founder of Campaign for Uyghurs, said in a statement (CNN).

In March, U.S. Secretary of State Mike Pompeo demanded that the Chinese government end the practice of mass Uyghur detainment.  Almost a million Uyghurs are believed to be brainwashed by the Chinese regime through internment camps, where they are forced to discard their traditional ways and accept the supremacy of Chinese communist ideology.

Prime Minister Antti Rinne of Finland has warned that European values are being threatened due ...

Ditch the Delicate Wash Cycle to Save Our Seas

New research led by Newcastle University has shown that it is the volume of water ...

When a currency is mentioned, the conversation often revolves around paper money. Currency, however, can ...

The government of Pakistan is reportedly silencing an investigation on the sale of poor women ...

How the Financial Crisis Hit the Gen Xers

The Financial crisis of 2007-2009 was one of the most financially destabilizing periods of this century. People ...

The Indian capital city of Delhi has some of the world’s worst air pollution. In ...

Eternal Nile Found to Be More Ancient Than Previously Thought

Ancient Egyptians considered the Nile River to be the source of all life. The steady ...

At a recent UN General Assembly meeting, member states were split on how China was ...