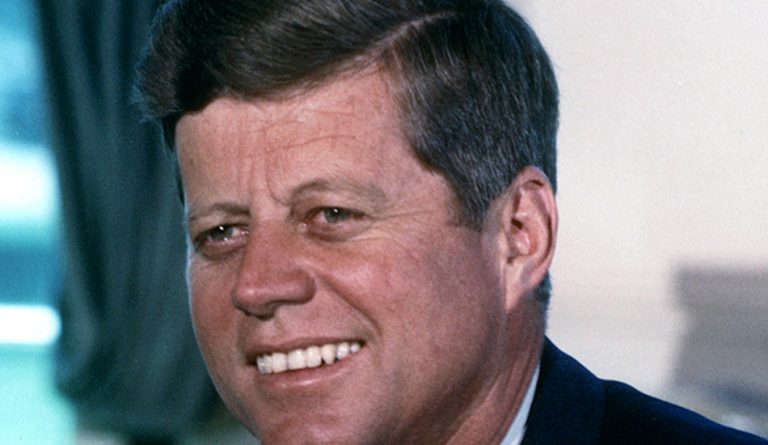 Most Americans believe that people other than Lee Harvey Oswald were also involved in the assassination of John F. Kennedy. (Image: wikimedia / CC0 1.0)

During the 1828 American election, Republican candidate Andrew Jackson was often made a subject of a conspiracy by his opponents. One rumor that circulated around was that Jackson’s supporters were hell-bent on taking control of the White House “one way or the other.” The supporters had apparently planned a coup d’état that was to be implemented if their candidate lost the election.

It was said that the pro-Jackson camp was unhappy with how the ruling government was attempting to impose new tariffs on imports. The supporters are said to have even discussed the dissolution of the Union. Since Jackson ended up winning the election, no one was able to prove whether the conspiracy theories had any merit. However, one supporter is known to have claimed: “Gen. Jackson, if not elected, [will be] placed in the Presidential Chair, at the point of fifty thousand bayonets.”

The death of Zachary Taylor

Zachary Taylor was elected as the 12th President of the United States in March 1849. A year later, he died. Taylor had opposed the expansion of slavery in Southern regions and suggested that he would ban slavery in federal territories in case such a bill was to come before him. As such, his death triggered rumors that Taylor died of unnatural causes and that he was possibly poisoned by pro-slavery Southerners. His wife is the one who is said to have administered the poison, arsenic.

The mystery surrounding his death extended well into the 20th century. In 1991, his body was dug up after a campaign by author Clara Rising proposed that a DNA examination would prove that poisoning was the cause of death. However, the results of the test proved the opposite. Medical scientists from Kentucky concluded that Taylor had died from gastroenteritis. Interestingly, arsenic was found in his body. But its levels were said to be too low to have had a deadly effect.

The mystery surrounding the assassination of John F. Kennedy has to be one of the most popular political conspiracy theories of the last century. The government had instituted the Warren Commission to investigate the matter. The commission later discovered that a lone gunman, Lee Harvey Oswald, was the perpetrator of the attack. However, JFK’s popularity with the public meant that a large number of them never trusted the government report. Almost 60 percent of the American public is estimated to believe that multiple people other than Lee Harvey Oswald were also involved in the attack.

One conspiracy theory suggested that the CIA was behind the assassination as the agency was angry at JFK for the failed Bay of Pigs invasion aimed at overthrowing the communist government in Cuba. Some accuse the CIA of having carried out the assassination at the behest of Vice President Lyndon Johnson. Other theories pointed to KGB operatives and mobsters as the culprits. More than five decades since the JFK assassination, the subject continues to attract public attention.

But the most prevalent conspiracy theory surrounding the cause of JFK’s death was to do with the way the former president set about exposing the “deep state” and the Federal Reserve. He was assassinated after a famous speech in which he pointed fingers at certain segments he wanted to get rid of from influencing the American government.