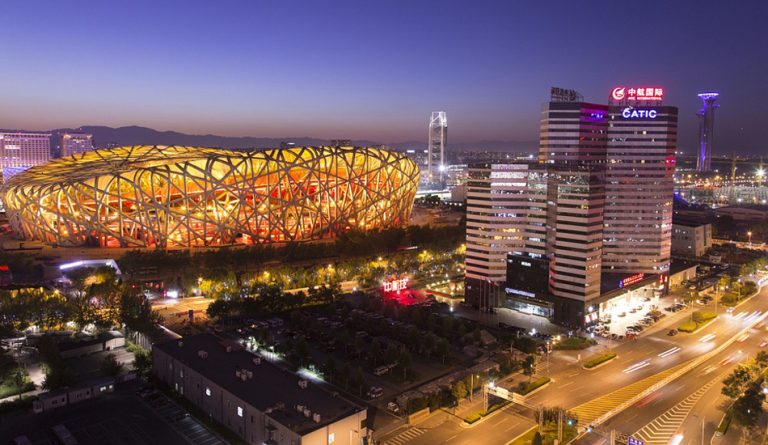 When China released its GDP data for the first quarter of 2019, most economists were surprised. The country had performed better than expected. GDP growth in the January-March quarter was pegged at 6.4 percent, beating estimates that projected a 6.0-6.3 percent growth for the period. While this brought some cheer to the markets, experts warn that investors should not be fooled by the data since the slowdown pressures on the Chinese economy are still active.

Fooled by a mini-boom?

“The national economy enjoyed a stable performance with growing positive factors, and stronger market expectation and confidence,” Mao Shengyong, spokesman for the National Bureau of Statistics, said in a statement (Business Today). The better-than-expected GDP figures have boosted market sentiment, with some claiming that the Chinese economy will continue with this growth rate for the rest of the year. However, this is just blind optimism that neglects the various downward pressures on China’s economy.

For one, the trade war between America and China is still ongoing. As such, manufacturers in the Asian country are nervous about their prospects. In fact, the country’s manufacturing PMI index for March continued to remain below the level of 50, indicating that the sector is shrinking. If this continues, several people could become unemployed and put extra strain on the economy.

Citizens are also feeling the pinch of an uncertain future and have cut back on their spending. Imports of automobiles and parts have fallen by more than 15 percent year-over-year in the first quarter. Smartphone sales in the country fell by around 12 percent last year. Scared by lower consumer spending, the government is drafting a plan to boost the sales of cars, home appliances, and smartphones.  Despite these negatives, how did China’s GDP manage to perform better than expected?

The answer might lie in the government stimulus. By pouring money into the economy, Beijing seems to have spiked a few sectors to overperform. But this is only a short-term solution with a short-term result. As soon as the effect of the stimulus dissipates, the pressures of a real economy will again start dragging down the economy. A report by the Organisation for Economic Co-operation and Development (OECD) nations has warned the Chinese government against injecting excessive money into the domestic economy.

“Infrastructure stimulus could lift growth over the projection horizon, but it could lead to a further build-up of imbalances and capital misallocation, and thereby weaker growth in the medium term… The stimulus risks increasing once again corporate sector indebtedness and, more generally, reversing progress in deleveraging,” the OECD report stated (Reuters).

Another big problem with Chinese GDP is that official statistics can be pretty misleading. The government has been known to fudge data in order to present an “everything is all right” picture to the public and the world. For instance, the Party secretary of Liaoning had admitted in 2017 that they had exaggerated 2016 GDP for the province by more than 23 percent. Last year, the administration of Inner Mongolia revised down its 2017 revenues by over 14 percent.

“The widespread data falsifications could have serious implications on local economic and social developments, and lead both domestic and foreign investors to make costly miscalculations. They also have the potential to trigger social discontent, as the soaring (non-existent) revenues raise unrealistic expectations and inevitably lead to great dismay among residents,” according to the South China Morning Post.

Many economists have long questioned the accuracy of Chinese government data. In fact, Christopher Balding, a professor at Fulbright University Vietnam, believes that one should look at data like business electricity consumption in order to get a true picture of the Chinese economy.