How Chinese Discriminate Against One Another Based on Region 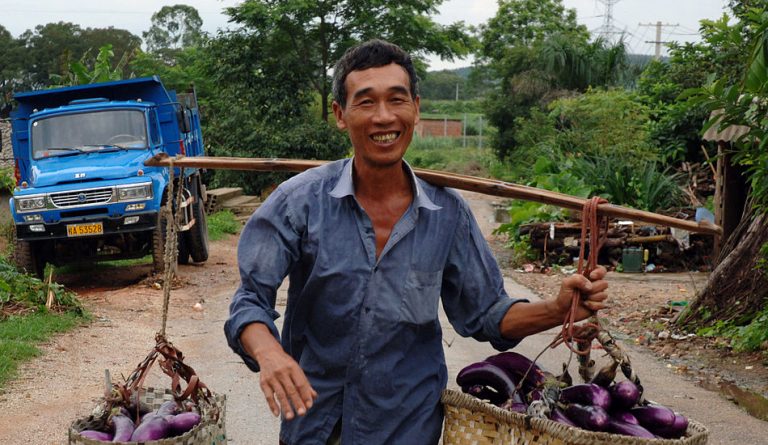 People from Henan are very often discriminated against. (Image: via flickr)

People from Henan Province suffer from regional discrimination the worst. This is mainly because the 100 million-strong population of the region is a huge source of migrants across China. Henanese are often seen as quarrelsome,”‘low class,” thieves, cheats, pugnacious, and so on by people in other regions. Even if a person from Henan is well-educated, he will still be subjected to such stereotypes. The hatred against Henanese is so strong that local television shows often show thugs and ruffians speaking with a Henan accent. In the late 1990s, when AIDS spread through Henan, rumors of watermelons being infected by Henanese started circulating across the nation. Eventually, watermelons from Henan had no takers.

Henanese people pay for these negative stereotypes in the job market. In 2017, a company that runs a food-delivery app publicly admitted that it used to screen out people from Henan when hiring employees. Last year, iQiyi, an online video platform, was caught in a similar scandal when its hiring manager asked a subordinate to filter out candidates from Henan. Several migrants from Henan have long complained that they are often turned down for jobs and are forced to take up lower-wage positions. Students from Henan are discriminated against in college admissions so much so that many of them stop trying to get in top Chinese universities.

“One of the reasons many top students in Henan were forgoing the gaokao [Chinese university entrance exams] was that they did not like their odds of getting into a top university in China… This was due to the incredibly high gaokao score they would need in order to be competitive in their province. However, they had realized that they were competitive enough to get into a good college in the U.S.,”  Terry Crawford, the chief executive of InitialView, a company that performs assessment interviews of Chinese students applying to American and British universities, said to The New York Times.

In addition to Henan, people from northeastern provinces like Jilin, Heilongjiang, and Liaoning are also targets of regional discrimination since they are perceived to “backward villagers.” The government makes this discrimination worse through its “hukou” system.

China has a household registration system called “hukou,” which officially identifies a person as being a resident of a particular area. Information like name, date of birth, parents, and spouse are recorded. The system determines a person’s access to services like education and healthcare, depending on whether one is a native or migrant of the area they are currently residing. Migrants to an area, say Beijing, may be denied a license plate or an opportunity to buy a house. Their children can also be denied an education at top institutions. On the contrary, people born in Beijing will have access to all these facilities. As a consequence, the native-born Beijing population will always be better off than migrants from other regions.

“Although there have been reforms to the hukou system in China’s small and medium-sized cities, the threshold for migrant populations to transfer their hukou to first-tier cities like Beijing, Shanghai, and Guangzhou is very high… China’s floating population mostly consists of farmers and small-town residents, who head for the coastal cities and first-tier cities… But the hukou system means that the way they are treated and the social services they can access are tied to their place of birth… So, even if they move to a new place of work, they still can’t enjoy the same benefits that local people do,” Liu Kaiming, Director of the Institute of Contemporary Observation in the southern city of Shenzhen, said to Radio Free Asia.

The hukou system essentially creates a regional class system that eventually triggers resentment and hatred among many people. Heated discussions and brawls are pretty common on the Internet, with migrants of a region accusing locals of discrimination. Experts have warned the Chinese government that quarrels arising due to the hukou system might blow out into civil unrest if the country undergoes prolonged economic contraction.