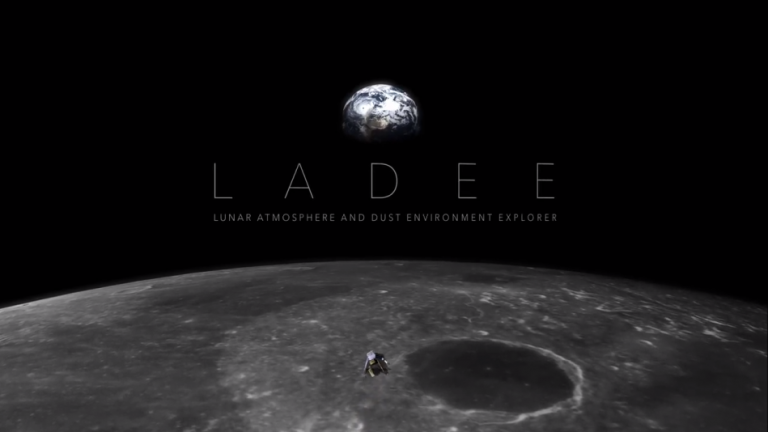 China has a long term plan of landing on the moon. (Image: Screenshot / YouTube)

NASA has discovered that the Moon ejects water vapor into the atmosphere every time a meteoroid strikes its surface. The discovery, made by researchers from the space agency and the Johns Hopkins University Applied Physics Laboratory in Laurel, Maryland, is expected to help scientists understand the history of lunar water.

Water on the Moon

Even though several scientific models predicted that a meteoroid impact would result in water ejection, no research team had ever made a direct observation of the event. But thanks to NASA’s Lunar Atmosphere and Dust Environment Explorer (LADEE), scientists now have proof that it happens. LADEE identified meteoroid streams on four occasions this year, once in January and three times in April.

“Most of the geological processes we deal with in planetary science are very slow — we almost never get to see something respond dynamically over the scale of hours like we did here… One would think we know all of the meteoroid streams that are out there, but apparently, we don’t… With our measurements, we could see exactly the water extracted from the Moon in a very dynamic way by micrometeoroid impacts, and by analyzing the data, see how much water was stored in the lunar reservoir and where it was going,” Mehdi Benna, lead author of the study and a planetary scientist at NASA Goddard Space Flight Center in Greenbelt, Maryland, said to Space.com.

When talking about water on the Moon, scientists often consider both H2O and hydroxyl (OH), which is a reactive relative of water. Discovering precise amounts of H2O and OH on the moon will prove to be critical to lunar missions in the future. When a meteoroid strikes the surface of the Moon, it has to penetrate at least 3 inches so that the water is released. Since the lunar surface is thin, even a small meteoroid can release water vapor on impact. One-third of the released water lands back on the surface, while the remainder escapes into space.

“From the measurements of water in the exosphere, the researchers calculated that the hydrated layer has a water concentration of about 200 to 500 parts per million, or about 0.02 to 0.05 percent by weight. This concentration is much drier than the driest terrestrial soil, and is consistent with earlier studies. It is so dry that one would need to process more than a metric ton of regolith in order to collect 16 ounces of water,” according to NASA.

Why lunar water is important

Finding and extracting water on the Moon is one of the most important aims of NASA and other space agencies. For one, a continuous supply of water would mean that future colonists could easily hydrate and keep themselves clean.

Things like cooking, washing clothes, and so on would no longer pose a problem. The presence of abundant, extractable water also means that we could easily raise crops in space. This would make long-term settlements on the Moon a reality. Space agencies wouldn’t have to stock food when sending missions to the Moon.

Finally, lunar water allows for the production of propellant right on the Moon. Since rockets are powered by hydrogen and oxygen, finding a vast water source and developing techniques to convert it into rocket fuel means that the Moon can eventually act as an outpost of the Earth where spacecraft can land to refuel before venturing further.