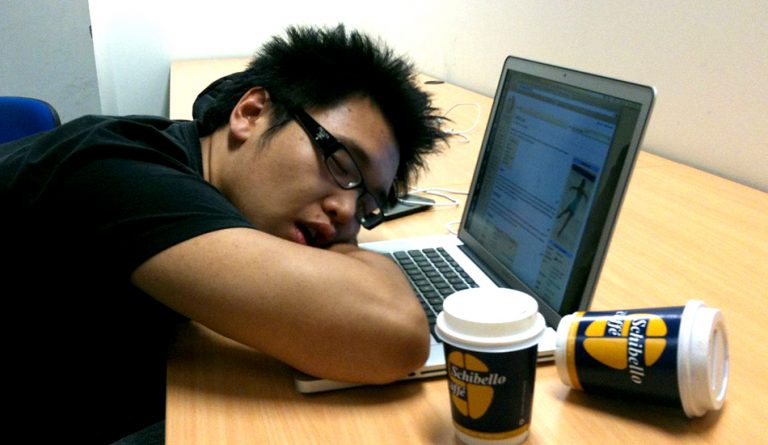 Employees severely exhaust themselves due to 12-hour work schedule. (Image: via wikimedia)

Tech workers in China are opposing the industry’s 12 hour a day working schedule. Dubbed the “996 schedule,” indicating the working time from 9 a.m. to 9 p.m. for 6 days a week, many employees complain that they are burning out from over exhaustion. However, the 12-hour work schedule has found strong support from Chinese business leaders, including the founder of Alibaba, Jack Ma.

Discussion over the 996 schedule started from the code-sharing platform Github. Developers had posted a project called 996.icu in reference to a comment that stated that 12-hour work days could put employees in intensive care. As it started gaining attention, Chinese developers started adding the names of companies in a blacklist that tracked firms that force their staff to work long hours. Eventually, this became a much talked about topic among Chinese Internet users.

The subject gained international attention after Ma started justifying the harsh working hours. “If you join Alibaba, you should get ready to work 12 hours a day. Otherwise, why did you come to Alibaba? We don’t need those who comfortably work eight hours,” he said in a statement (The Guardian). His comments drew sharp responses from Chinese social media users who said that such working schedules rob people from having a social, or even a normal life.

Even state media wrote articles, decrying the tech industry’s 12-hour schedule. “Advocating hard work and commitment does not mean forcing overtime… The mandatory enforcement of 996 overtime culture not only reflects the arrogance of business managers, but also is unfair and impractical,” state-run newspaper People’s Daily said in a write-up (CNN).

According to Chinese laws, businesses can only make their employees work for 44 hours per week. Only those companies that obtain special permission or pay overtime are allowed to make employees work for more than 44 hours. However, this rule is usually not followed in the tech industry. Not only do the tech employees have to work 12 hours or more every day, but many of them do not even receive any extra pay.

Cheng Zheng, the founder of augmented reality company DDD Online, believes that such a rigorous schedule is necessary to keep the tech industry competitive. If the employees never put in such working hours, tech companies in China may not be able to progress the way they have till now. “To be honest, most companies that oppose 996 are now bankrupt… Given the big pressure on startups in China, and the competition we face, we have no choice but to squeeze out more work and raise output,” he said in a statement (The Globe and Mail).

A 12-hour working schedule presents several health risks to employees. A study published in 2015 found that people who worked for long hours had a higher chance of coronary heart disease and stroke. An older study conducted in 2011 showed that the risk of heart disease rose by 67 percent when employees worked for 11 hours per day.

Longer working hours were also seen to have an effect on people’s intelligence. One study discovered that people who worked for 55 hours per week or more displayed a performance decline in reasoning and vocabulary tests. It is thought that the long working hours induce psychological stress in people that negatively affects their brain functions.

The social life of overworking people also takes a hit. A 12-hour work day is just the time they are required to spend in the office. Add in travel and the total time spent on work might be anywhere from 14 to 15 hours. This essentially means that the person has little time available to bond with family members, neighbors, and friends.

Add to this the irony that these companies are all in communist China. Don’t communists propagate freedom for employees? Remember the cry for all workers to unite? Well, it goes to show the real face of communism and the harsh realities of people living under such regimes.