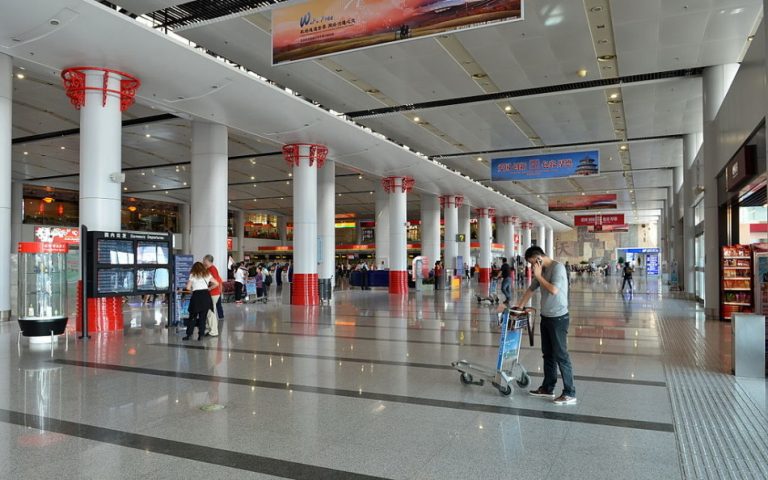 The Chinese Communist Party (CCP) has blocked Chen Jiangang, a human rights lawyer, from leaving the country. His crime — defending his colleague, Xei Yang, who was detained by authorities in a crackdown in 2015. Chen was supposed to visit America to accept the Humphrey Fellowship funded by the U.S. State Department.

“The Chinese government’s prohibition on my leaving the country as a Humphrey Fellow is a diplomatic event. Domestically, illegally banning me from studying abroad is an abuse of power by the government. It is not only a denial of the basic human rights of a citizen, but also an instance of bias against lawyers and the legal profession. It is the opposite of ‘governing the country according to law.’ With respect to the international community, this is a betrayal of international cooperation and a flagrant provocation against international norms,” he said in a statement (China Change).

Chen’s colleague Xie was detained in July 2015 as part of the CCP’s crackdown on lawyers. He was later sent to a government guest house and subjected to torture, including deprivation of food and water. The torture continued after he was moved to another detention center. He was repeatedly beaten, deprived of sleep, and humiliated. The authorities also threatened to hurt his family. Even though he was made to disappear in July 2015, the formal announcement of Xie’s arrest wasn’t made until six months later in January 2016.

Chen defended Xie in court, which led to CCP goons marking him as a potential threat. Even after the government banned him from representing Xie, Chen remained vocal against the tortures his colleague had suffered while in custody. He believes this to be the primary reason why he was blocked from leaving the country. Chen also thinks that the travel ban may be motivated by the Chinese government’s general hatred toward the United States. Back in 2017, Chen and his family were blacklisted by the government. His latest travel ban has been condemned by the U.S.

“We are disturbed by reports that Chinese authorities prevented prominent human rights lawyer #ChenJiangang from leaving China to participate in a @StateDept sponsored exchange program… We urge #China to respect Chen’s freedom of movement and to view lawyers and rights defenders as partners in strengthening Chinese society through development of rule of law,” Morgan Ortagus, spokesperson of the U.S. Department of State, said in a series of tweets.

China has not only banned its own people from traveling to other nations, but has also blocked visiting foreigners from leaving the country on frivolous grounds. This made the U.S. government issue a travel advisory on China in January this year, warning Americans, especially dual U.S.-Chinese nationals, to be careful.

“China uses exit bans coercively: to compel U.S. citizens to participate in Chinese government investigations, to lure individuals back to China from abroad, and to aid Chinese authorities in resolving civil disputes in favor of Chinese parties,” the warning stated (South China Morning Post). Unfortunately, most Americans only come to know about the exit ban when they try to leave China. Once detained, there is no way to know how long the ban will be in effect.

The advisory asks Americans to immediately contact the U.S. embassy in case they are detained by Chinese authorities. It also advises travelers to enroll in the Smart Traveler Enrollment Program (STEP), which makes it easier to locate them during an emergency.