How China’s Rise And Fall Will Affect America and Freedom 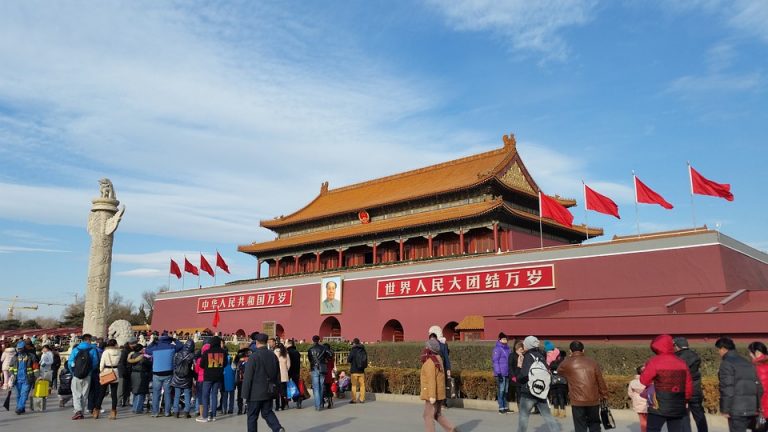 China's rise is likely to be a short-term phenomena. (Image: via maxpixel)

The economic and military rise of China is seen with caution in the West. And for a good reason. Communist China’s growth means a new set of values will soon start to spread across the globe. Unfortunately, the ideologies that China will promote throughout the world will be suppression of free speech, reduction in personal freedoms, authoritarian government, and so on. However, many believe that China’s rise will only be a short-term phenomenon and that America will eventually maintain its clout in the world, thereby protecting liberal values and democracy.

According to the International Monetary Fund (IMF), China is expected to be the world’s largest economy by 2030. Many economists believe that China’s share of the global GDP might hit 20 percent or more by 2050. It is very possible that these predictions might come to pass. However, this economic growth will be followed by a big slump because of China’s demographics.

The Chinese government had implemented a one-child policy for several decades. As a result, Chinese society will soon have to deal with an aging population. With the percentage of youth declining, economic growth will also take a hit. To understand what an aging population will do to the economy, you only have to look at Japan, a country that was poised to be a major economic superpower a few decades back. But those predictions failed as the Japanese demographics underwent a massive change (and from anti-free-market economic policies).

According to the National Intelligence Council, the capabilities of China will peak by 2050, after which it will start to decline. While it will still remain the world’s biggest economy by the end of the century, China’s general material power will fall and continue to remain below NATO. The U.S. will still hold a demographic advantage, as its median age is expected to hit 43 years by 2050 as compared to the Chinese median age of 48. In terms of wealth, America’s per capita income is projected to hit US$80,500 three decades from now, while Chinese per capita will be less than half at US$37,200.

When it comes to military prowess, The U.S. will remain a force to be reckoned with for the rest of the century. China’s projected prosperity over the next 30 years will definitely boost its capabilities, enabling Beijing to develop and purchase cutting edge weapons and surveillance equipment. But this won’t be enough for the People’s Liberation Army to have any significant advantage over the West.

Since 2002, China has been spending around 2 percent of its GDP on its military. In contrast, U.S. military spending has always been above 3 percent, even peaking above 4 percent between 2008 and 2012. If the trend continues to persist, the U.S. will easily be able to have a defense budget equal to or exceeding that of the Chinese budget over the coming decades, even if the Chinese economy were to become number one.