Where Has All the Plastic Rubbish Gone in the Indian Ocean? 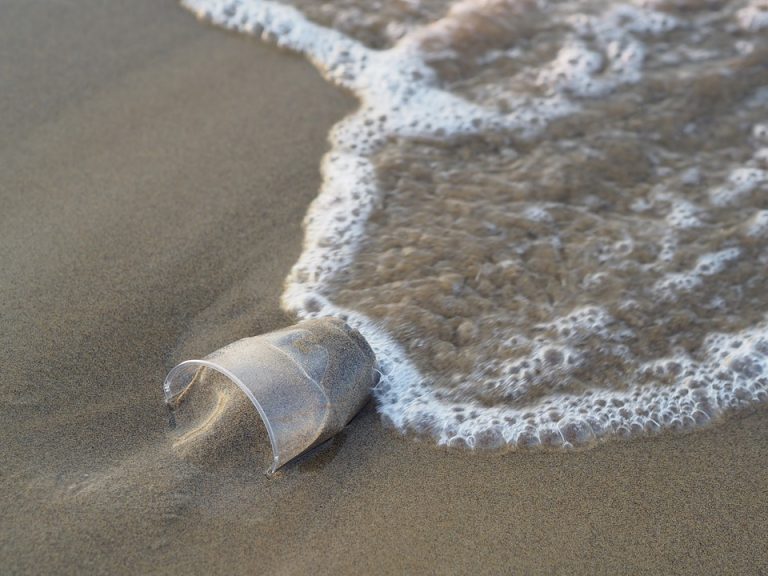 The Indian Ocean is the world’s biggest dumping ground for plastic waste, but nobody seems to know where it goes. (Image: via pixabay)

Researchers at the University of Western Australia have found that although the Indian Ocean is the world’s biggest dumping ground for plastic waste, nobody seems to know where it goes. Professor Chari Pattiaratchi, from UWA’s Oceans Graduate School and the Oceans Institute, said compared to other ocean basins, little research had been done to measure and track plastic waste in the Indian Ocean. Professor Pattiaratchi said:

“As technology to remotely track plastics doesn’t yet exist, we need to use indirect ways to determine the fate of plastic in the Indian Ocean.”

In a research paper published in Journal Geophysical Research (Oceans), researchers used information gathered from more than 22,000 satellite-tracked surface drifting buoys that had been released around all the world’s oceans since 1979, to simulate pathways of plastic waste globally with an emphasis on the Indian Ocean.

Professor Pattiaratchi said every year, up to 15 million tons of plastic waste was estimated to make its way into the ocean through coastlines and rivers, adding:

“Some of this waste sinks in the ocean, some is washed up on beaches, and some floats on the ocean surface, transported by the ocean currents. As plastic materials are extremely durable, floating plastic waste can travel great distances in the ocean.”

Professor Pattiaratchi said some floating plastics were known to collect in the center of subtropical gyres (large systems of circulating ocean currents) in “garbage patches,” explaining:

“Here, the ocean currents converge at the centre of the gyre and sink.

“However, the floating plastic material remains at the ocean surface, allowing it to concentrate in these regions.”

The best known of these garbage patches is the Great Pacific Garbage Patch, which contains about 80,000 tons of plastic waste. Similar but smaller patches exist in the North and South Atlantic Oceans and the South Pacific Ocean. In total, it is estimated that only 1 percent of all plastic waste that enters the ocean is trapped in the garbage patches.

It is still a mystery what happens to the remaining 99 percent of plastic waste that has entered the ocean, according to Professor Pattiaratchi. Lead author, Mirjam van der Mheen, who is undertaking the research as part of her UWA Ph.D., said the research team found that unique characteristics of the southern Indian Ocean transport floating plastics toward the western side of the ocean, where it leaks past South Africa into the South Atlantic Ocean, explaining:

“These strong winds push floating plastic material further to the west in the southern Indian Ocean than they do in the other oceans.

“In the northern Indian Ocean, our simulations showed that there may be an accumulation in the Bay of Bengal. It is also most likely that floating plastics will ultimately end up on beaches, transported by the reversing monsoon winds and currents.

“Our study shows that the atmospheric and oceanic attributes of the Indian Ocean are different to other ocean basins and that there may not be a concentrated garbage patch. Therefore, the mystery of the missing plastic is even greater in the Indian Ocean.”

Provided by: University of Western Australia [Note: Materials may be edited for content and length.]