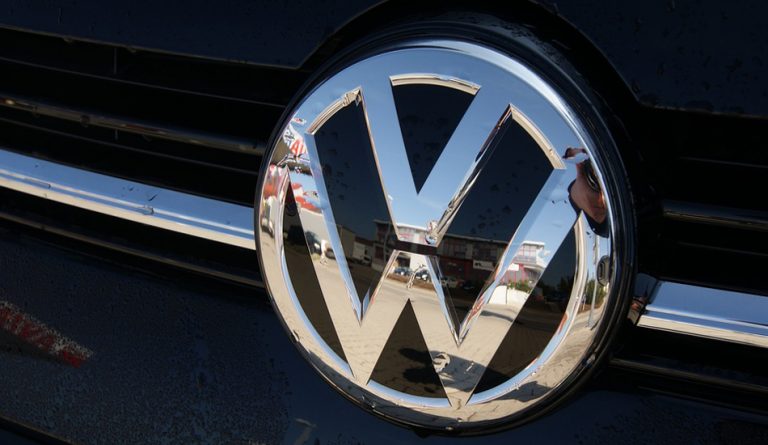 The CEO of Volkswagen, Herbert Diess, said that the company was unaware of detention camps in Xinjiang despite the fact that they are building a factory in the region through a joint venture. (Image: TheJohnus via Pixabay)

Over the past few years, the Chinese Communist Party (CCP) has expanded its influence across the world and tried to suppress negative perceptions about China’s government. Unfortunately, it seems like the CCP’s tactics are working. The CEO of Volkswagen, Herbert Diess, said that the company was unaware of detention camps in Xinjiang despite the fact that they are building a factory in the region through a joint venture.

Volkswagen has no knowledge of Uyghur abuse?

In an interview with the BBC, Diess first said that he “can’t judge the Uyghur situation.” However, the CEO immediately added that he didn’t know what the reporter was talking about. Volkswagen is said to employ hundreds of people at the Xinjiang plant. As such, experts point out that it is impossible for the company to not know the abuses going on in the region. It is very likely that Volkswagen has chosen to remain silent on the topic in exchange for a chance to make a profit from the Chinese market.

This isn’t the first time that Diess has made such controversial comments this year. In March, he used the phrase “EBIT macht frei,” roughly translated as “earnings before interest and taxes set you free.” However, many people heard the phrase as “Arbeit macht frei,” which translates as “work sets you free,” a slogan that was put above the entrance of the concentration camp at Auschwitz. Diess eventually wriggled out from the mess by saying that it was an accident.

The CEO’s current “unawareness” regarding the Xinjiang camps has attracted sharp criticism from human rights activists. Almost a million Uyghur Muslims have been forced to undergo torturous conditions in the camps. Many were abused for several months. To feign ignorance is just Volkswagen publicly admitting that China has started to interfere with Western nations and censor businesses.

“Political elites in the EU and its close neighbors have started to embrace Chinese rhetoric and interests, including where they contradict national or European interests,” a study financed by the Global Public Policy Institute and the Mercator Institute for China Studies, two Berlin-based think tanks, stated (LMT Online).

According to the Environmental Protection Agency (EPA), VW Group had intentionally programmed diesel engines to emit lesser output during lab tests to meet U.S. standards, while, on the road, these same engines emitted 40 times that output. The practice went on for almost 6 years before finally being caught in 2015. Upon its discovery, stock prices fell and the Group CEO, Martin Winterkorn, along with several heads of departments, shamefully resigned.

The automaker had to spend billions to make up for the loss of brand value, penalties, and fulfilling regulatory criteria. Winterkorn was indicted on fraud and conspiracy charges in the U.S. after VW pleaded guilty in 2017. “We’ve totally screwed up,” said Michael Horn, VW American head (BBC). But it looks like they haven’t learned anything.

Hitler had a dream

Hitler dreamed of having technological superiority — the modern automobile brought to fruition by Volkswagen. The company was funded by Nazi money and used slave labor from concentration camps. It was inspired by Henry Ford’s mass-produced and affordable Model T. Hitler authorized the building of the Autobahn and wanted to populate the roadway with the “People’s Car,” also known as the Volkswagen. The man who would bring this dream to fruition was Ferdinand Porsche.

After he found out Porsche was a Czech citizen and believing Czechs to be below his Aryan identity, Hitler urged Porsche to apply for German citizenship. Porsche complied, and in 1937, Porsche joined the Nazi Party as well as the dreaded SS. Prototypes of the Beetle were produced. Hitler wanted to out-produce Ford, and without finding any private industrialists to take up the challenge, Hitler decided that VW cars would be made by the state. On May 26, 1938, Hitler opened up the Nazi-funded VW factory in the industrial city of Wolfsburg.

The factory received US$20 million of funding from the German labor front. The cars were a success, and ads were put up to encourage workers to save up and get one for themselves. Hitler received one of the cars as a gift, which he re-gifted to his mistress, Eva Braun, as a birthday present. That car was known as the Beetle because of its rounded shape. During the war, Ferdinand Porsche would use concentration camp prisoners to build vehicles under the auspices of Heinrich Himmler. On Dec 15th, 1945, French authorities arrested Porsche for war crimes.

Pakistan looks the other way

It’s not just businesses. Even countries that expect to profit from their association with China are turning a blind eye to the repression of Uyghurs. An example of this would be Pakistan, a Muslim-majority nation. When asked in an interview about his position on the Uyghur matter, Prime Minister Imran Khan tried to pass himself as being unaware of the issue. “Frankly, I don’t know much about that… If I had enough knowledge I would speak about it. It is not so much in the papers,” he said in a statement (CNN).

Khan’s wanting to avoid any talk about Beijing’s criminal activities is not surprising considering that he is desperately dependent on China’s being a strong supporter of Islamabad. Pakistan is currently undergoing a stressful economic period. Angering the CCP would be the last thing on his mind as China is building several infrastructure projects under the Belt and Road Initiative (BRI). Even in an earlier interview, Khan chose not to address the Uyghur issue and instead praised Beijing for its assistance.

Meanwhile, U.S. Secretary of State Mike Pompeo has asked China to end its repressive policies against the Uyghur community and release all those who have been detained arbitrarily. He also criticized China’s two-faced policy of persecuting innocent domestic Muslims while protecting violent Islamic terror groups from UN sanctions.