A Surveillance Dystopia: Made in China, Exported Throughout the World 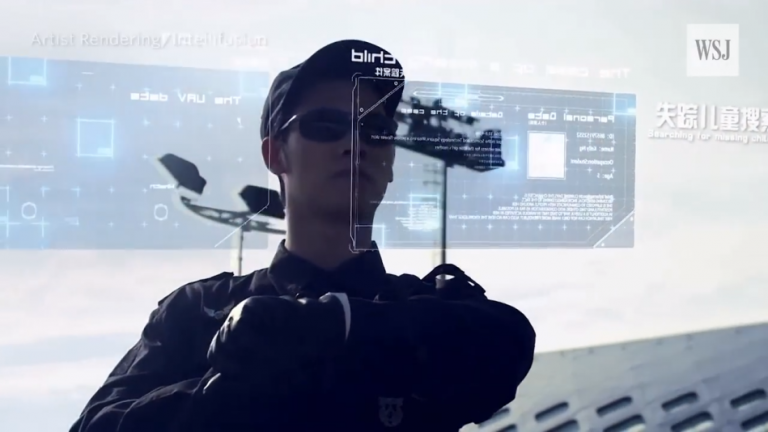 Cloudwalk, a Chinese state-backed AI startup based in Guangzhou, is at the forefront of a very dangerous technology — mass surveillance. (Image: Screenshot / YouTube)

Cloudwalk, a Chinese state-backed AI startup based in Guangzhou, is at the forefront of a very dangerous technology — mass surveillance. Though the company claims that its tech “makes society safer” by helping authorities arrest more criminals, the fact that the system is being implemented in an authoritarian state like China betrays the positive image the company wishes to project.

According to reports, Cloudwalk’s facial analysis system has helped police departments in China arrest more than 10,000 people over the past four years. Every day, the system makes more than a billion comparisons of facial data collected through millions of cameras located across the country. It has developed a database of over 100 billion data points and has been deployed in 29 provinces. Cloudwalk’s face scan technology is also in use at 60 plus Chinese airports. It is not just faces that Cloudwalk can identify. Last month, it was reported that the company upgraded its surveillance system by making it capable of tracking a person by attributes like posture, clothing, and hairstyle.

What makes Cloudwalk a terrifying technology is its possible use in targeting specific groups of people. In fact, the company actually lists it as one of its “advantages” in marketing materials. As an example, the company says that it could alert police stations in the event people from the persecuted Uyghur community were to pop up in any neighborhood. In China, the Uygurs are kept under constant surveillance through AI facial analysis technologies supplied by companies like Cloudwalk. Given that China is an authoritarian government, it is not surprising that AI research in the country has been focused on limiting people’s freedoms and persecuting “dangerous” groups.

“For the bulk of the technological era, AI has been swallowed by democracies and greeted with intrigue and optimism… In the case of China, [it is] in the hands of the authoritarian government. AI is virtually a superhuman without a moral compass… If countries continue to implement AI as China has, it will perpetuate current societal issues in regards to discrimination, racism, sexism, homophobia, and virtually any ‘-ism’ that can be thought of,” according to DU Clarion.

Many security experts have been warning that China will seek to export its “illiberal technologies” to economically backward nations. This has come true with Cloudwalk, as the company entered into an agreement with the government of Zimbabwe last year to implement a nationwide facial recognition program.

“With the knowledge that Chinese facial ID technology has made rapid progress over recent years, the Zimbabwean government hopes to introduce it to the country to help accelerate its modernization by partnering with leading Chinese enterprises in the IT sector,” Yao Zhiqiang, strategic director of CloudWalk’s research and development center in Southwest China’s Chongqing Municipality, said to Global Times.

Despite flowery words from the strategic director, most people see Cloudwalk’s Zimbabwe venture as an expansion of the Chinese-style authoritarian government model. Poor countries like Zimbabwe, which experience frequent incidents of civil violence, are the ones most likely to embrace AI surveillance out of desperation to maintain peace in society. But by doing so, the country will be sacrificing its freedoms.