Taiwanese Policeman Stops Train in Time to Save a Life 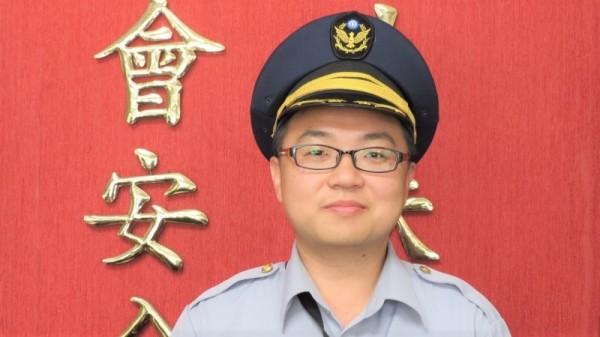 A Taiwanese police officer stops train in time to save a suicidal man. (Image: secretchina)

The courageous efforts of a policeman stopped a train in time to save a suicidal man in Taiwan. At approximately 11:30 a.m. on April 5, a man suddenly laid down on the train tracks near the Wuri Train Station in an apparent attempt to commit suicide. People who saw him called the police, exclaiming: “Someone has just laid down on the train tracks!”

Officer Jiang Hongjie rushed to the scene and found the 68-year-old man, Mr.Chen, laying on the tracks and refusing to move. At that time, the crossing gate was coming down as a train was leaving Wuri Train Station. The policeman was not sure how long it would take to remove Mr. Chen since he might put up a struggle so he immediately pressed an emergency button that warns the train engineer and rushed along the track toward the train waving frantically for it to stop. Fortunately, the train stopped in time just in front of the officer.

According to the police report, Mr. Chen was distraught over the recent passing of his father, which drove him to attempt to take his own life. Chen apologized for his actions and thanked officer Jiang for saving his life.

Officer Jiang commented that it was a very critical moment. He knew that both Mr. Chen and the passengers on the train were in danger; it was a life or death moment. He ran in the direction of the train without hesitation. He is not normally a very fast runner, but knowing that a life was at stake, he pushed himself as hard as he could. Thankfully because of his efforts, the train stopped in time and a tragedy was averted.